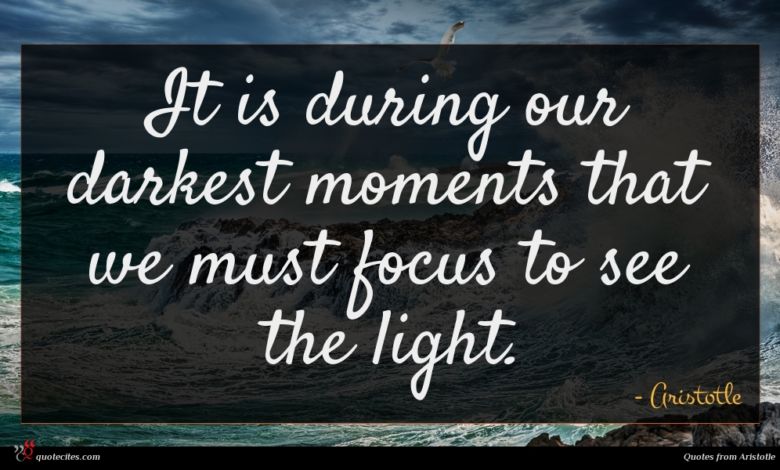 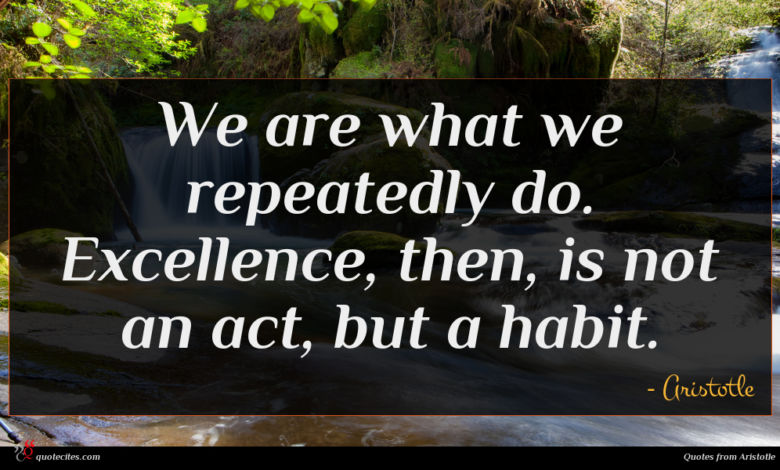 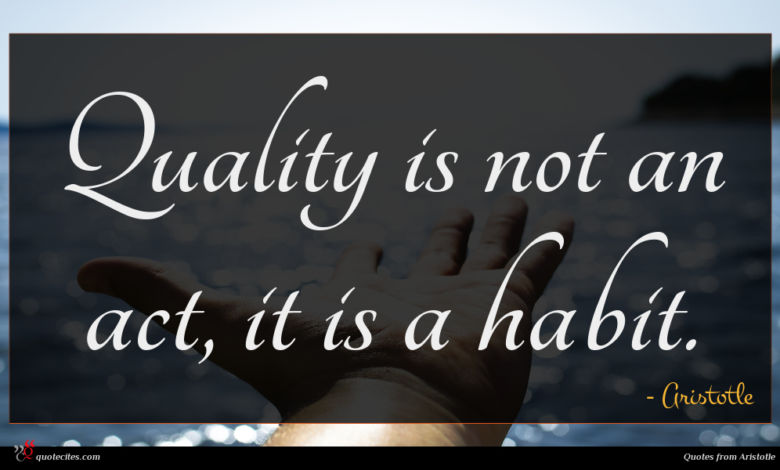 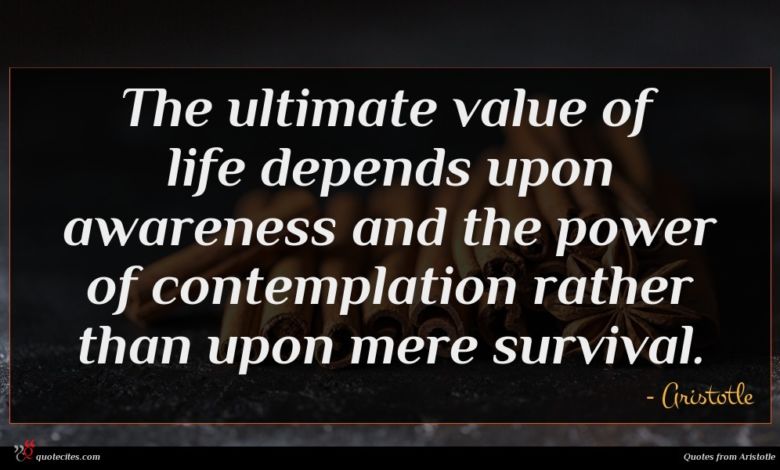 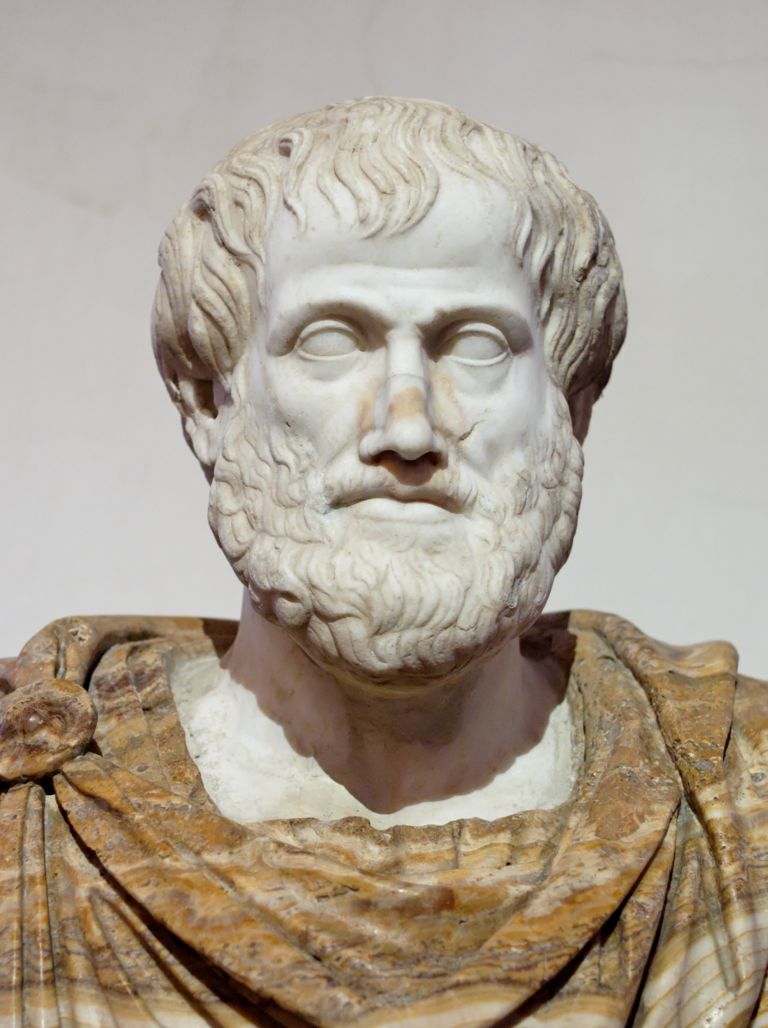 Aristotle (/ˈærɪstɒtəl/; Greek: Ἀριστοτέλης Aristotélēs, pronounced[aristotélɛːs]; 384–322BC) was a Greek philosopher and polymath during the Classical period in Ancient Greece. Taught by Plato, he was the founder of the Lyceum, the Peripatetic school of philosophy, and the Aristotelian tradition. His writings cover many subjects including physics, biology, zoology, metaphysics, logic, ethics, esthetics, poetry, theatre, music, rhetoric, psychology, linguistics, economics, politics, and government. Aristotle provided a complex synthesis of the various philosophies existing prior to him. It was above all from his teachings that the West inherited its intellectual lexicon, as well as problems and methods of inquiry. As a result, his philosophy has exerted a unique influence on almost every form of knowledge in the West and it continues to be a subject of contemporary philosophical discussion.

It is during our darkest moments that we must focus to see the light.

We are what we repeatedly do. Excellence, then, is not an act, but a habit.

Quality is not an act, it is a habit.

The ultimate value of life depends upon awareness and the power of contemplation rather than upon mere survival.

Love is composed of a single soul inhabiting two bodies.

Fear is pain arising from the anticipation of evil.

The generality of men are naturally apt to be swayed by fear rather than reverence, and to refrain from evil rather because of the punishment that it brings than because of its own foulness.

Courage is a mean with regard to fear and confidence.

I have gained this from philosophy: that I do without being commanded what others do only from fear of the law.

Education is the best provision for old age.

Bashfulness is an ornament to youth, but a reproach to old age.

Personal beauty is a greater recommendation than any letter of reference.

Anybody can become angry - that is easy, but to be angry with the right person and to the right degree and at the right time and for the right purpose, and in the right way - that is not within everybody's power and is not easy.

The aim of art is to represent not the outward appearance of things, but their inward significance.

Those who educate children well are more to be honored than they who produce them for these only gave them life, those the art of living well.

Excellence is an art won by training and habituation. We do not act rightly because we have virtue or excellence, but we rather have those because we have acted rightly. We are what we repeatedly do. Excellence, then, is not an act but a habit.

Every art and every inquiry, and similarly every action and choice, is thought to aim at some good and for this reason the good has rightly been declared to be that at which all things aim.

Homer has taught all other poets the art of telling lies skillfully.

It is Homer who has chiefly taught other poets the art of telling lies skillfully.

At his best, man is the noblest of all animals separated from law and justice he is the worst.

My best friend is the man who in wishing me well wishes it for my sake.

If liberty and equality, as is thought by some, are chiefly to be found in democracy, they will be best attained when all persons alike share in government to the utmost.

The ideal man bears the accidents of life with dignity and grace, making the best of circumstances.

It is best to rise from life as from a banquet, neither thirsty nor drunken.

The best friend is the man who in wishing me well wishes it for my sake.

Those who excel in virtue have the best right of all to rebel, but then they are of all men the least inclined to do so.

It is clearly better that property should be private, but the use of it common and the special business of the legislator is to create in men this benevolent disposition.

Change in all things is sweet.

But if nothing but soul, or in soul mind, is qualified to count, it is impossible for there to be time unless there is soul, but only that of which time is an attribute, i.e. if change can exist without soul.

You will never do anything in this world without courage. It is the greatest quality of the mind next to honor.

Courage is the first of human qualities because it is the quality which guarantees the others.

To run away from trouble is a form of cowardice and, while it is true that the suicide braves death, he does it not for some noble object but to escape some ill.

It is the mark of an educated mind to be able to entertain a thought without accepting it.

The roots of education are bitter, but the fruit is sweet.

Education is an ornament in prosperity and a refuge in adversity.

Men are swayed more by fear than by reverence.

Friendship is a single soul dwelling in two bodies.

Wishing to be friends is quick work, but friendship is a slow ripening fruit.

What is a friend? A single soul dwelling in two bodies.

He who hath many friends hath none.

Perfect friendship is the friendship of men who are good, and alike in excellence for these wish well alike to each other qua good, and they are good in themselves.

Friendship is essentially a partnership.

Whosoever is delighted in solitude is either a wild beast or a god.

He who is unable to live in society, or who has no need because he is sufficient for himself, must be either a beast or a god.

Jealousy is both reasonable and belongs to reasonable men, while envy is base and belongs to the base, for the one makes himself get good things by jealousy, while the other does not allow his neighbour to have them through envy.

Good habits formed at youth make all the difference.

He who is to be a good ruler must have first been ruled.

Therefore, the good of man must be the end of the science of politics.

Different men seek after happiness in different ways and by different means, and so make for themselves different modes of life and forms of government.

Suffering becomes beautiful when anyone bears great calamities with cheerfulness, not through insensibility but through greatness of mind.

The wise man does not expose himself needlessly to danger, since there are few things for which he cares sufficiently but he is willing, in great crises, to give even his life - knowing that under certain conditions it is not worthwhile to live.

There is no great genius without a mixture of madness.

A great city is not to be confounded with a populous one.

Happiness depends upon ourselves.

Politicians also have no leisure, because they are always aiming at something beyond political life itself, power and glory, or happiness.

Poetry is finer and more philosophical than history for poetry expresses the universal, and history only the particular.

Hence poetry is something more philosophic and of graver import than history, since its statements are rather of the nature of universals, whereas those of history are singulars.

Youth is easily deceived because it is quick to hope.

Hope is the dream of a waking man.

Hope is a waking dream. 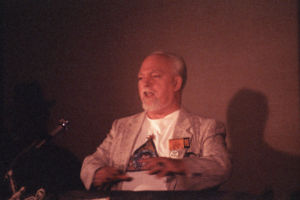 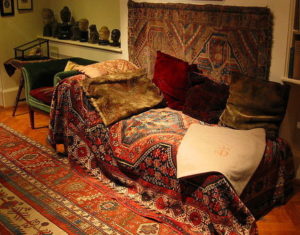 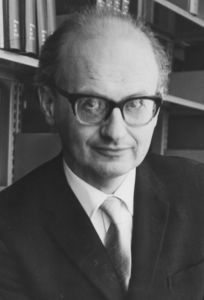 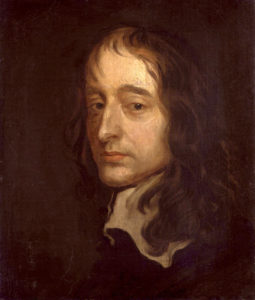 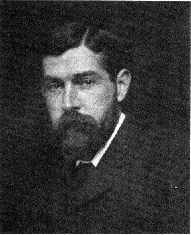 Aristotle quote : We are what we …

Aristotle quote : We are what we … 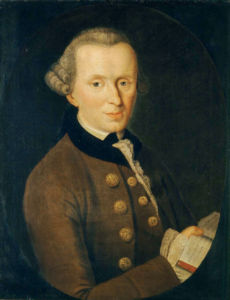 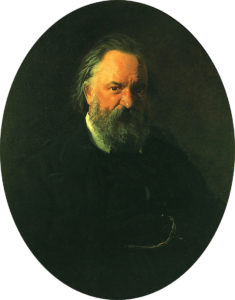 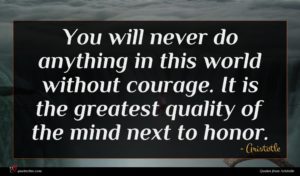 Aristotle quote : You will never do … 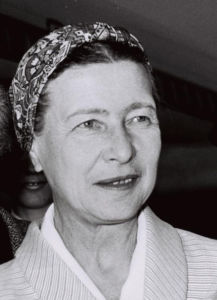