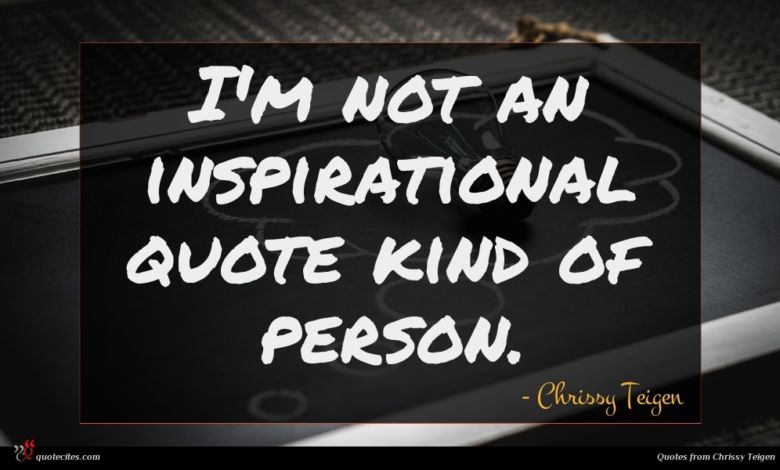 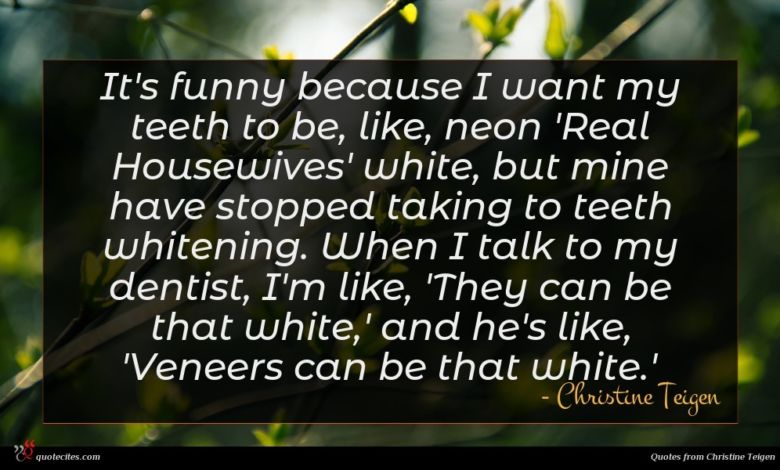 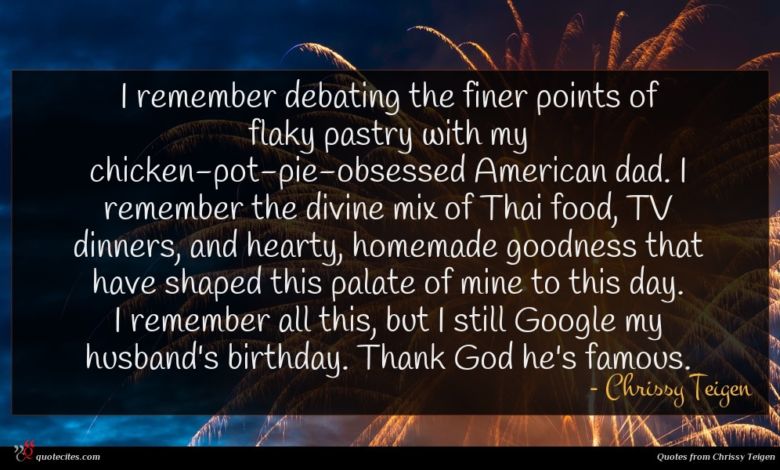 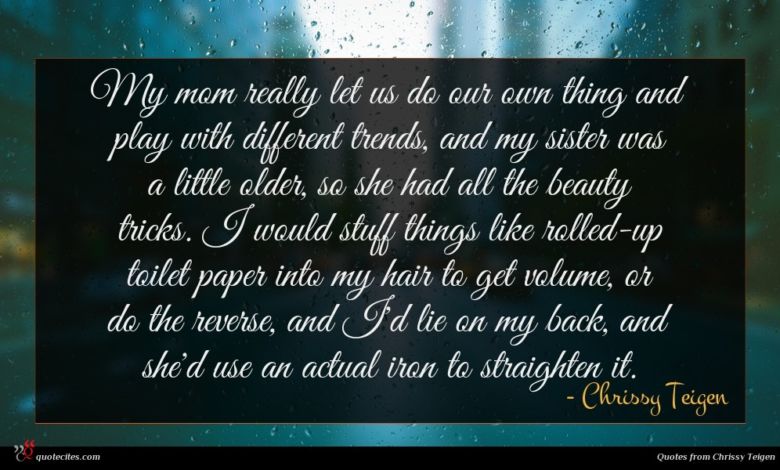 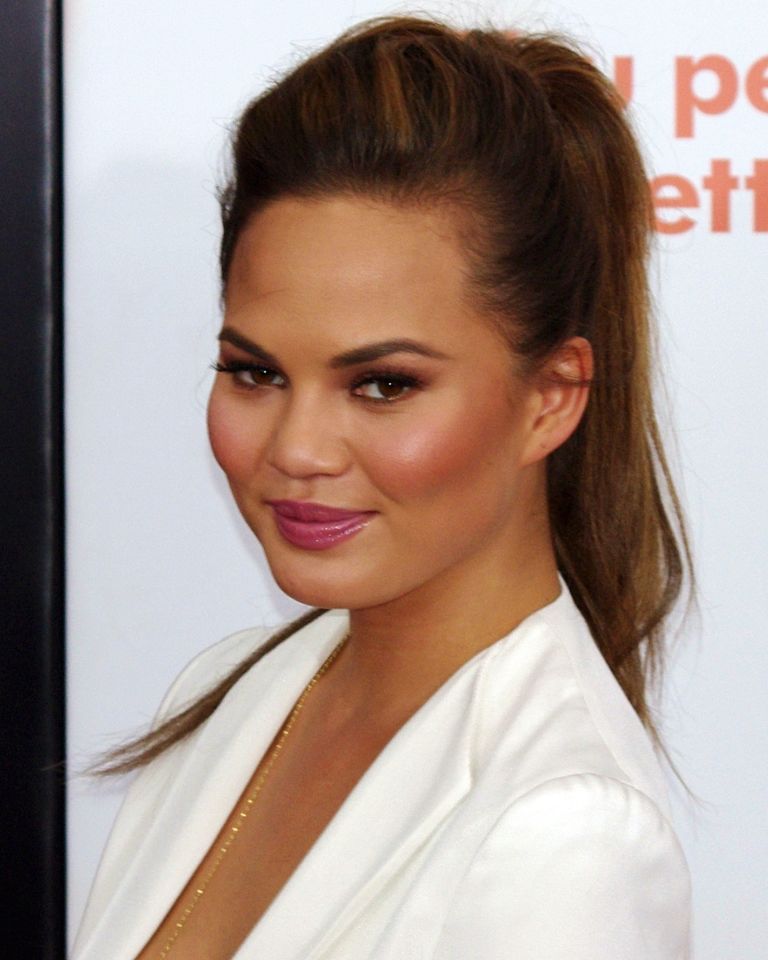 Christine Diane Teigen (born November 30, 1985) is an American model, television personality and author who made her modeling debut in the annual Sports Illustrated Swimsuit Issue in 2010 and later appeared on the 50th anniversary cover alongside Nina Agdal and Lily Aldridge in 2014. She also co-hosted Lip Sync Battle with LL Cool J on Paramount Network (2015–2019).

I'm not an inspirational quote kind of person.

It's funny because I want my teeth to be, like, neon 'Real Housewives' white, but mine have stopped taking to teeth whitening. When I talk to my dentist, I'm like, 'They can be that white,' and he's like, 'Veneers can be that white.'

I remember debating the finer points of flaky pastry with my chicken-pot-pie-obsessed American dad. I remember the divine mix of Thai food, TV dinners, and hearty, homemade goodness that have shaped this palate of mine to this day. I remember all this, but I still Google my husband's birthday. Thank God he's famous.

My mom really let us do our own thing and play with different trends, and my sister was a little older, so she had all the beauty tricks. I would stuff things like rolled-up toilet paper into my hair to get volume, or do the reverse, and I'd lie on my back, and she'd use an actual iron to straighten it.

My beauty tricks revolve around eyes. For the early morning shoots, I pop eye pads in the freezer the night before, and when I take them out in the morning they are already cold and active and are great under my eyes. I keep my eye pads right next to my red velvet Ben & Jerry's in the freezer. 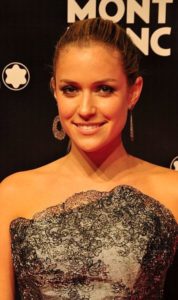 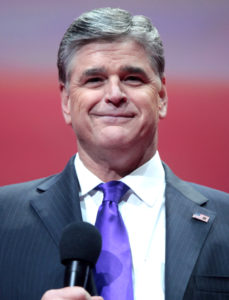 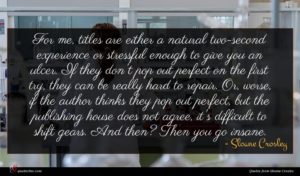 Sloane Crosley quote : For me titles are …