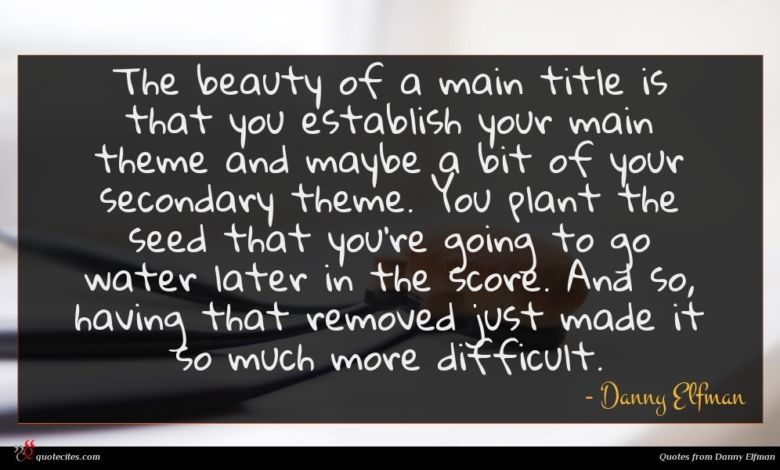 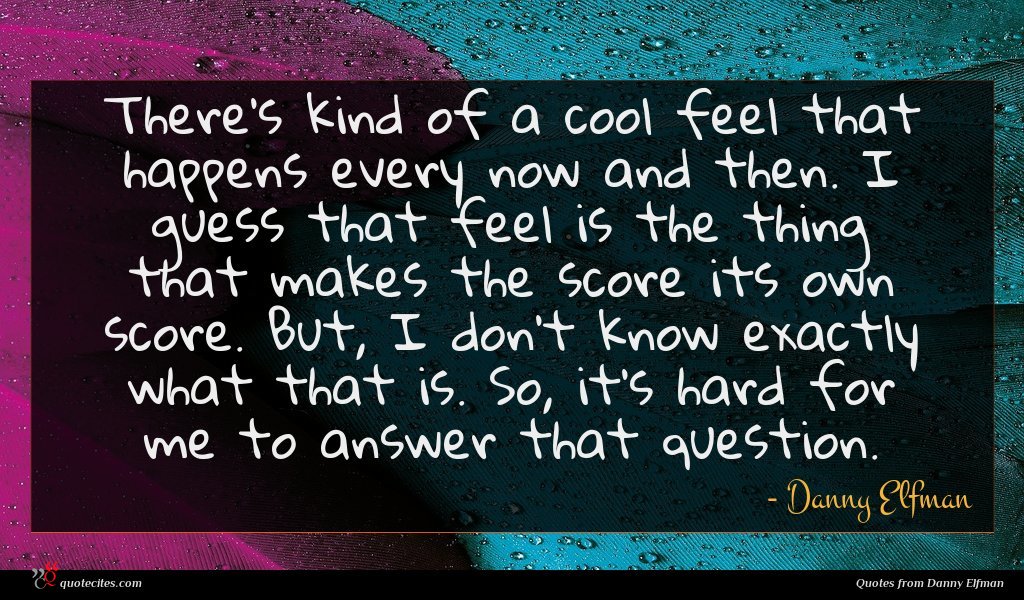 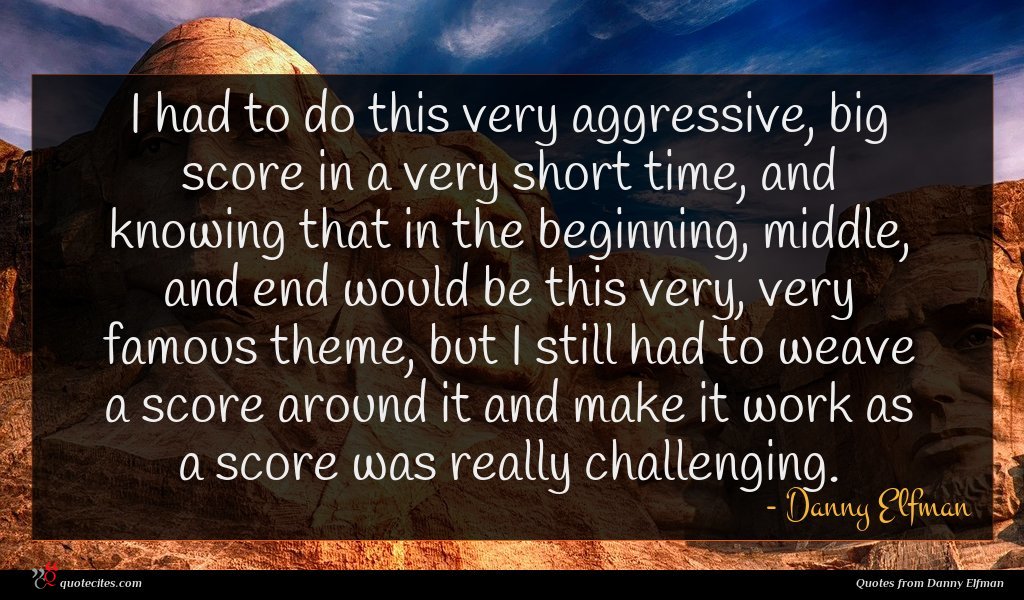 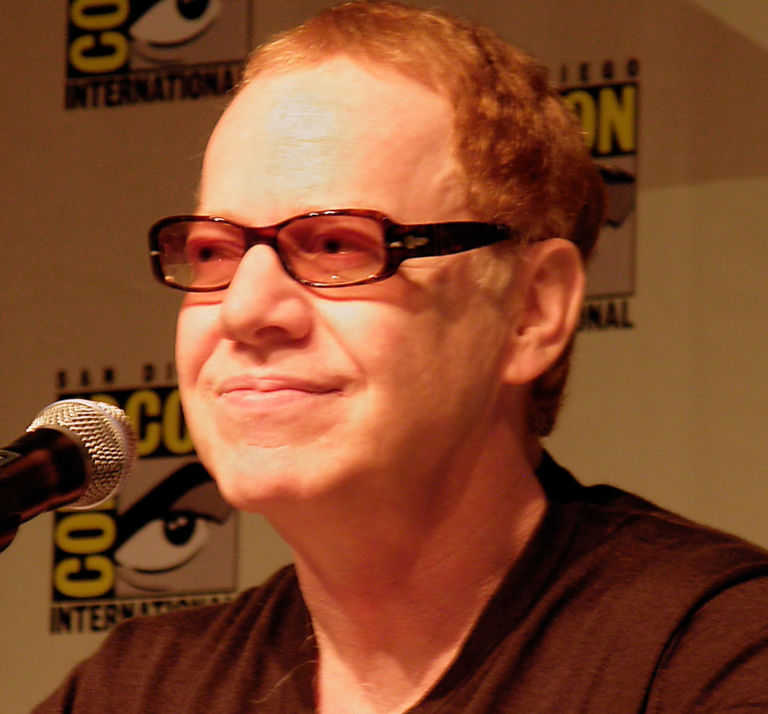 Daniel Robert Elfman (born May 29, 1953) is an American composer, singer, songwriter, record producer, actor, and voice actor. He first became well known as the singer-songwriter for the new wave band Oingo Boingo in the early 1980s, and has since garnered international recognition for writing over 100 feature film scores, as well as compositions for television, stage productions, and the concert hall.

The beauty of a main title is that you establish your main theme and maybe a bit of your secondary theme. You plant the seed that you're going to go water later in the score. And so, having that removed just made it so much more difficult.

There's kind of a cool feel that happens every now and then. I guess that feel is the thing that makes the score its own score. But, I don't know exactly what that is. So, it's hard for me to answer that question.

I had to do this very aggressive, big score in a very short time, and knowing that in the beginning, middle, and end would be this very, very famous theme, but I still had to weave a score around it and make it work as a score was really challenging. 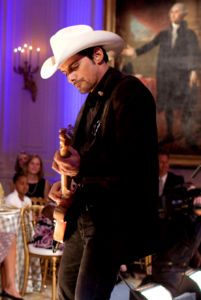 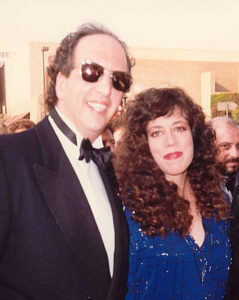 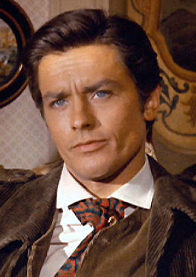 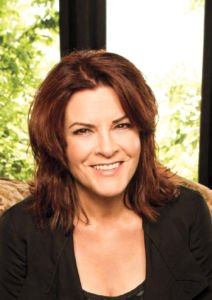 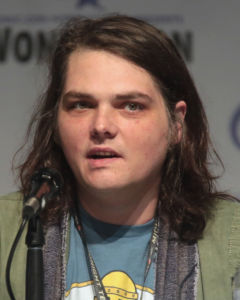