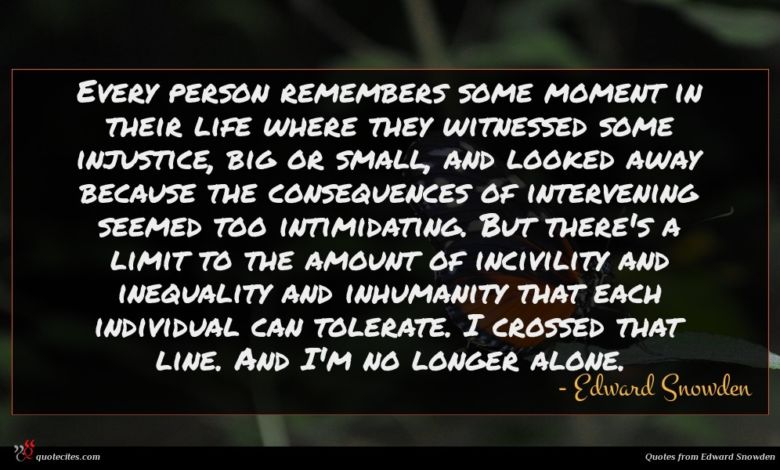 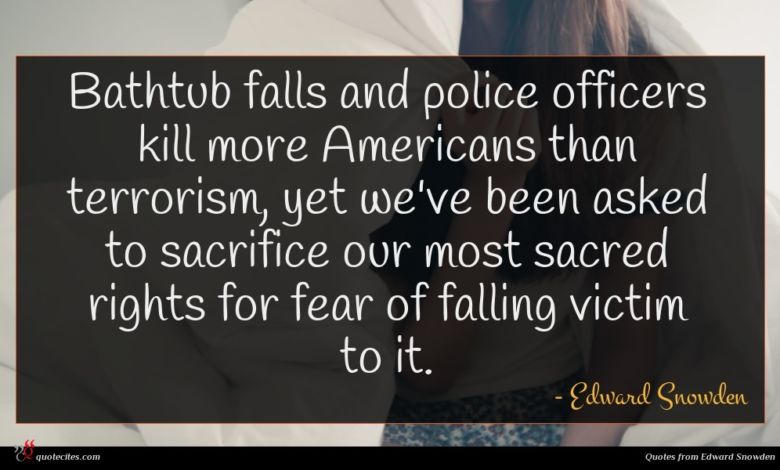 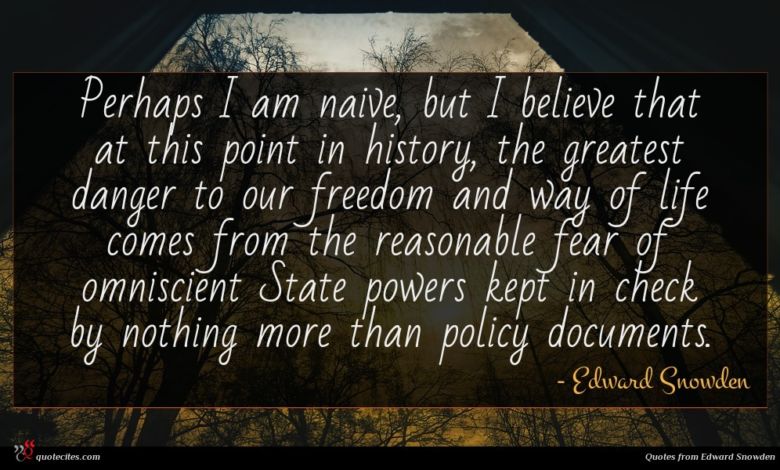 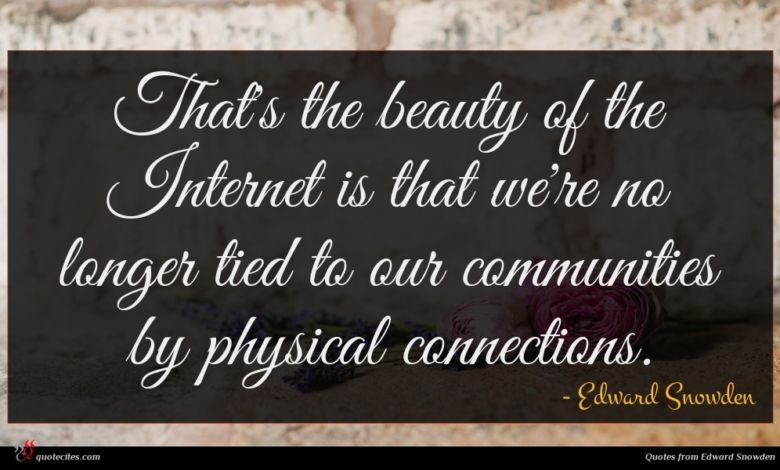 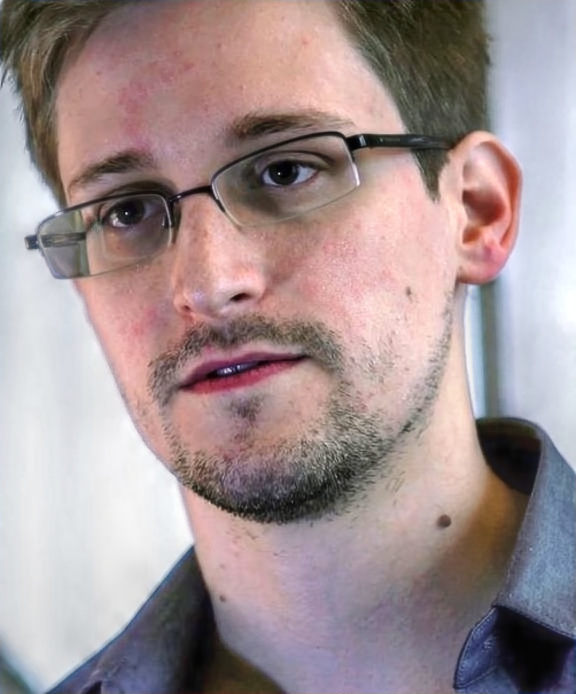 Edward Joseph Snowden (born June 21, 1983) is an American whistleblower who copied and leaked highly classified information from the National Security Agency (NSA) in 2013 when he was a Central Intelligence Agency (CIA) employee and subcontractor. His disclosures revealed numerous global surveillance programs, many run by the NSA and the Five Eyes Intelligence Alliance with the cooperation of telecommunication companies and European governments, and prompted a cultural discussion about national security and individual privacy.

Every person remembers some moment in their life where they witnessed some injustice, big or small, and looked away because the consequences of intervening seemed too intimidating. But there's a limit to the amount of incivility and inequality and inhumanity that each individual can tolerate. I crossed that line. And I'm no longer alone.

Bathtub falls and police officers kill more Americans than terrorism, yet we've been asked to sacrifice our most sacred rights for fear of falling victim to it.

Perhaps I am naive, but I believe that at this point in history, the greatest danger to our freedom and way of life comes from the reasonable fear of omniscient State powers kept in check by nothing more than policy documents.

That's the beauty of the Internet is that we're no longer tied to our communities by physical connections. 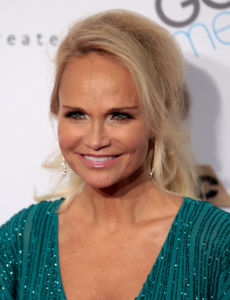 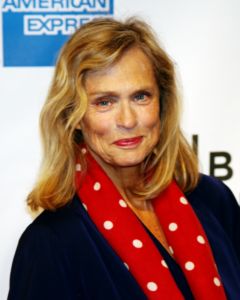 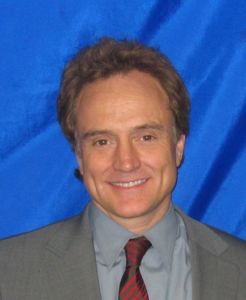 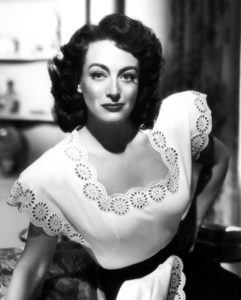 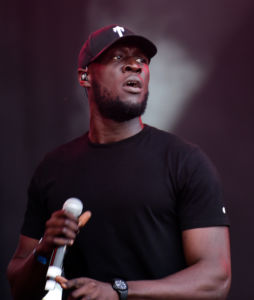 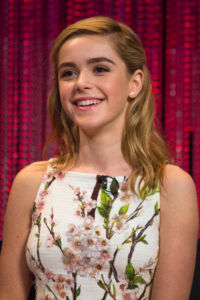 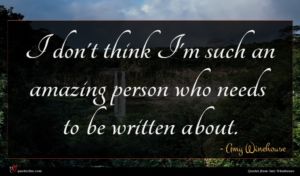