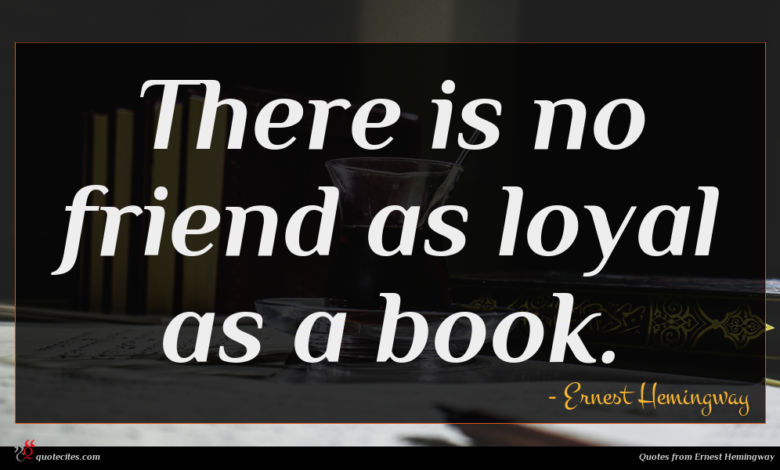 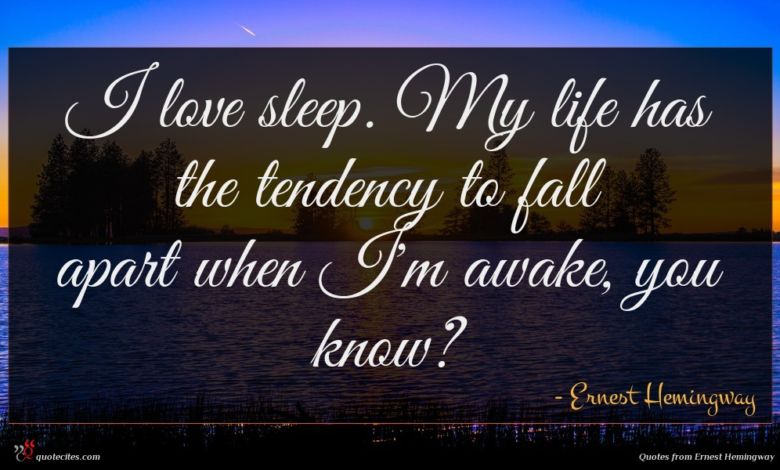 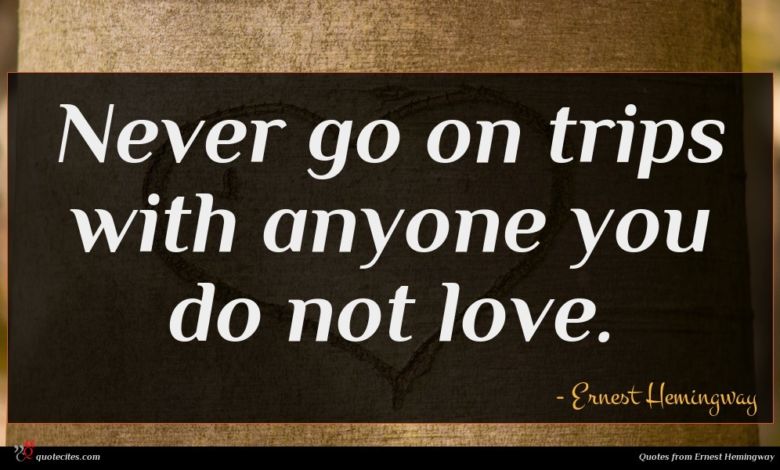 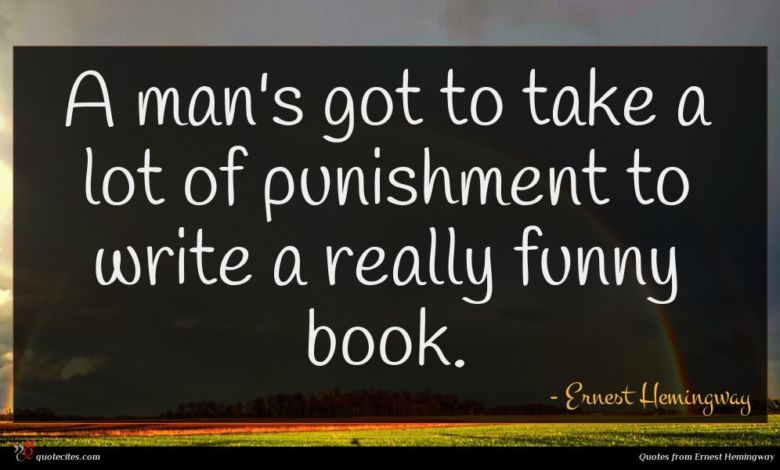 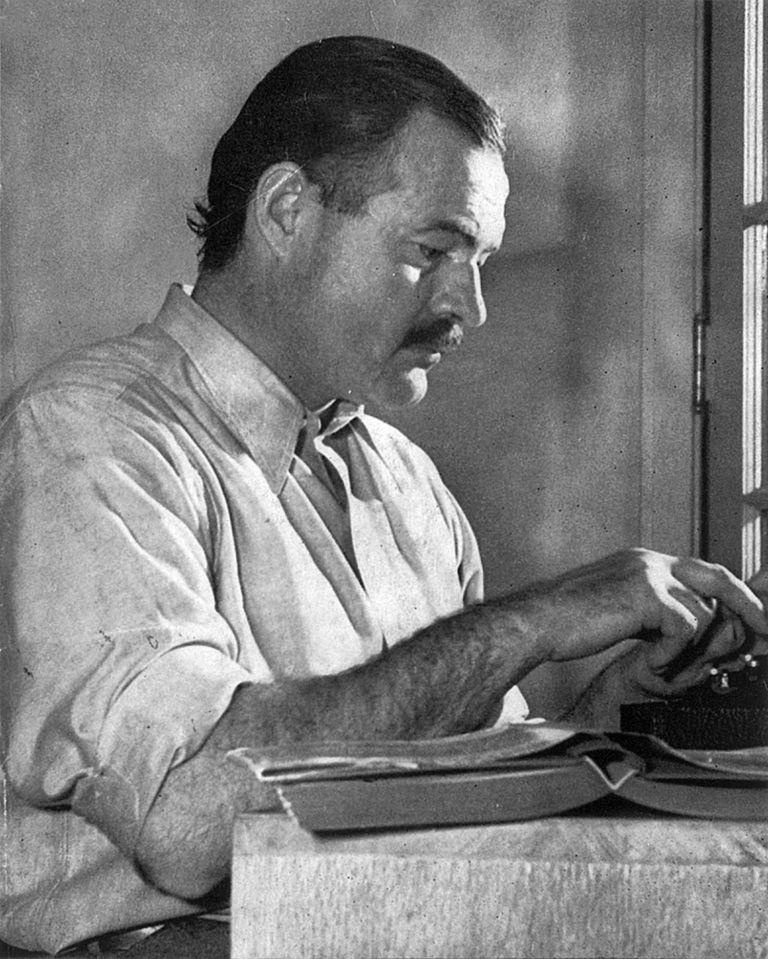 Ernest Miller Hemingway (July 21, 1899– July 2, 1961) was an American journalist, novelist, short-story writer, and sportsman. His economical and understated style—which he termed the iceberg theory—had a strong influence on 20th-century fiction, while his adventurous lifestyle and his public image brought him admiration from later generations. Hemingway produced most of his work between the mid-1920s and the mid-1950s, and he won the Nobel Prize in Literature in 1954. He published seven novels, six short-story collections, and two nonfiction works. Three of his novels, four short-story collections, and three nonfiction works were published posthumously. Many of his works are considered classics of American literature.

There is no friend as loyal as a book.

I love sleep. My life has the tendency to fall apart when I'm awake, you know?

Never go on trips with anyone you do not love.

A man's got to take a lot of punishment to write a really funny book.

Fear of death increases in exact proportion to increase in wealth.

Hesitation increases in relation to risk in equal proportion to age.

Prose is architecture, not interior decoration, and the Baroque is over.

Switzerland is a small, steep country, much more up and down than sideways, and is all stuck over with large brown hotels built on the cuckoo clock style of architecture.

Bullfighting is the only art in which the artist is in danger of death and in which the degree of brilliance in the performance is left to the fighter's honor.

The best way to find out if you can trust somebody is to trust them.

My aim is to put down on paper what I see and what I feel in the best and simplest way.

For a long time now I have tried simply to write the best I can. Sometimes I have good luck and write better than I can.

That is what we are supposed to do when we are at our best - make it all up - but make it up so truly that later it will happen that way.

It's none of their business that you have to learn how to write. Let them think you were born that way.

I learned never to empty the well of my writing, but always to stop when there was still something there in the deep part of the well, and let it refill at night from the springs that fed it.

Courage is grace under pressure.

There is no lonelier man in death, except the suicide, than that man who has lived many years with a good wife and then outlived her. If two people love each other there can be no happy end to it.

Madame, all stories, if continued far enough, end in death, and he is no true-story teller who would keep that from you.

Why should anybody be interested in some old man who was a failure?

I don't like to write like God. It is only because you never do it, though, that the critics think you can't do it.

The only thing that could spoil a day was people. People were always the limiters of happiness except for the very few that were as good as spring itself.

In modern war... you will die like a dog for no good reason.

They wrote in the old days that it is sweet and fitting to die for one's country. But in modern war, there is nothing sweet nor fitting in your dying. You will die like a dog for no good reason.

That terrible mood of depression of whether it's any good or not is what is known as The Artist's Reward.

All good books have one thing in common - they are truer than if they had really happened.

The good parts of a book may be only something a writer is lucky enough to overhear or it may be the wreck of his whole damn life and one is as good as the other.

When you have shot one bird flying you have shot all birds flying. They are all different and they fly in different ways but the sensation is the same and the last one is as good as the first.

I like to listen. I have learned a great deal from listening carefully. Most people never listen.

There are events which are so great that if a writer has participated in them his obligation is to write truly rather than assume the presumption of altering them with invention.

The game of golf would lose a great deal if croquet mallets and billiard cues were allowed on the putting green.

Happiness in intelligent people is the rarest thing I know.

I've tried to reduce profanity but I reduced so much profanity when writing the book that I'm afraid not much could come out. Perhaps we will have to consider it simply as a profane book and hope that the next book will be less profane or perhaps more sacred. 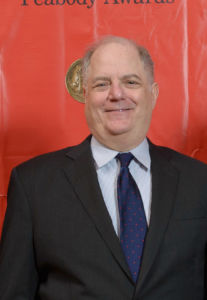 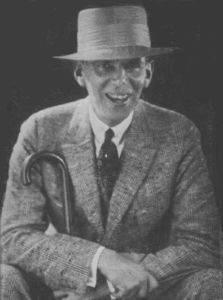 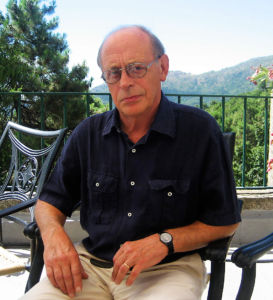 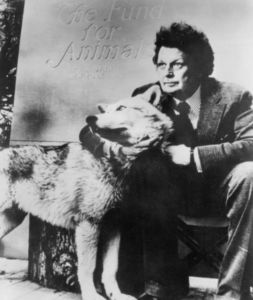 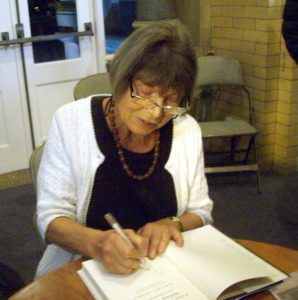