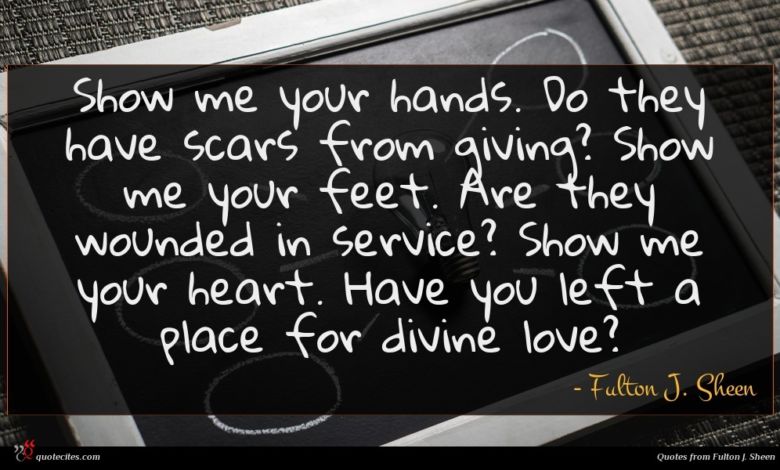 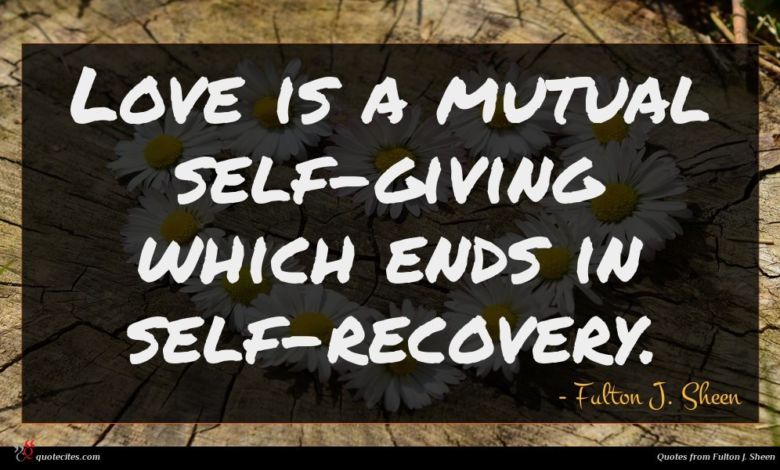 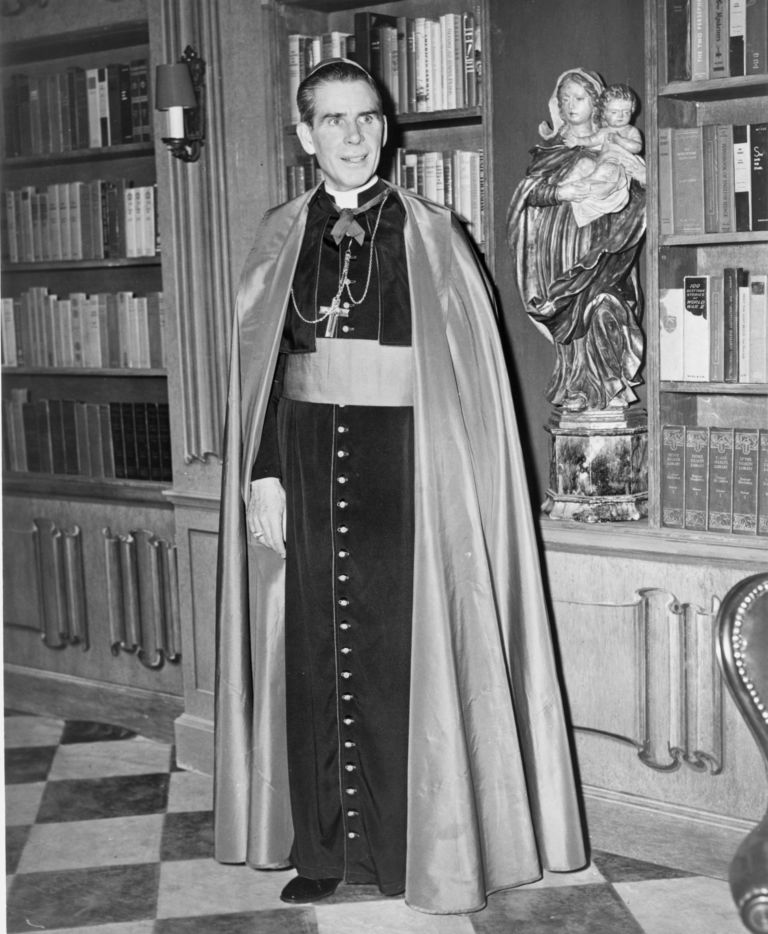 Fulton John Sheen (born Peter John Sheen, May 8, 1895 – December 9, 1979) was an American bishop (later archbishop) of the Catholic Church known for his preaching and especially his work on television and radio. Ordained a priest of the Diocese of Peoria in 1919, Sheen quickly became a renowned theologian, earning the Cardinal Mercier Prize for International Philosophy in 1923. He went on to teach theology and philosophy at the Catholic University of America as well as acting as a parish priest before being appointed Auxiliary Bishop of the Archdiocese of New York in 1951. He held this position until 1966, when he was made the Bishop of Rochester. He resigned in 1969 as his 75th birthday approached, and was made the Archbishop of the titular see of Newport, Wales.

Love is a mutual self-giving which ends in self-recovery. 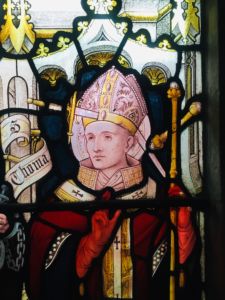