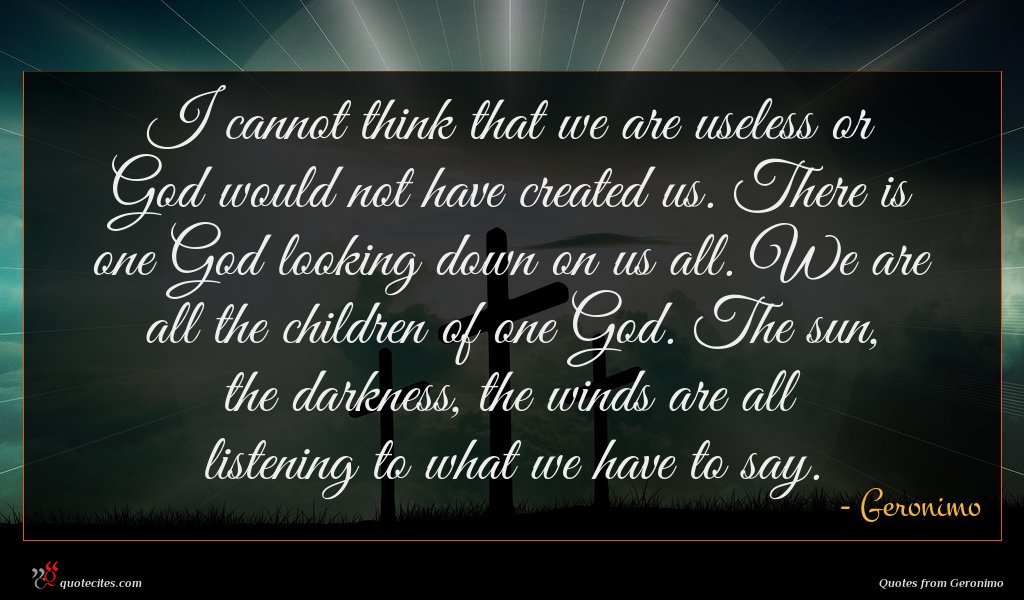 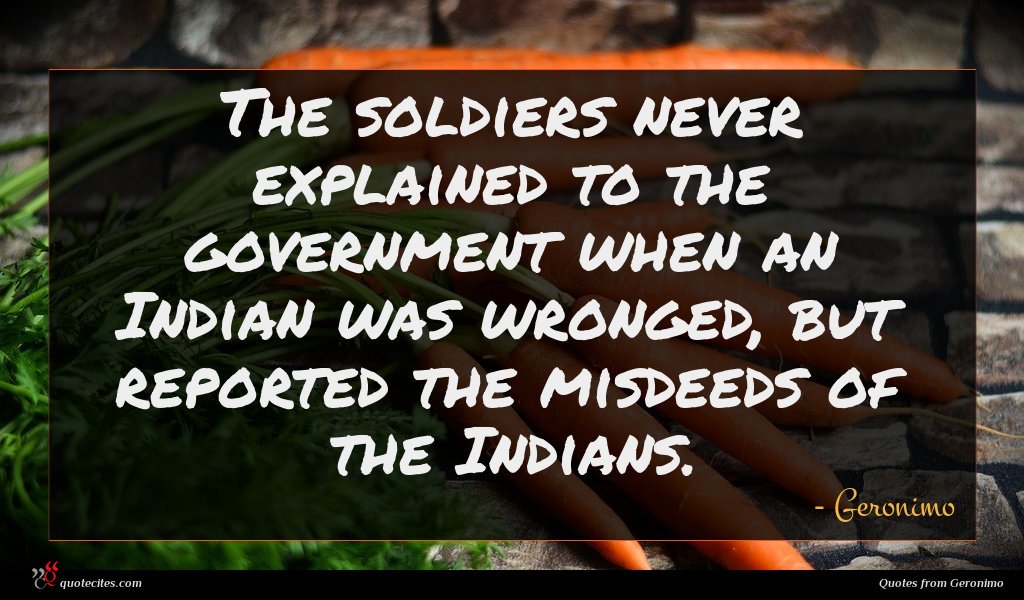 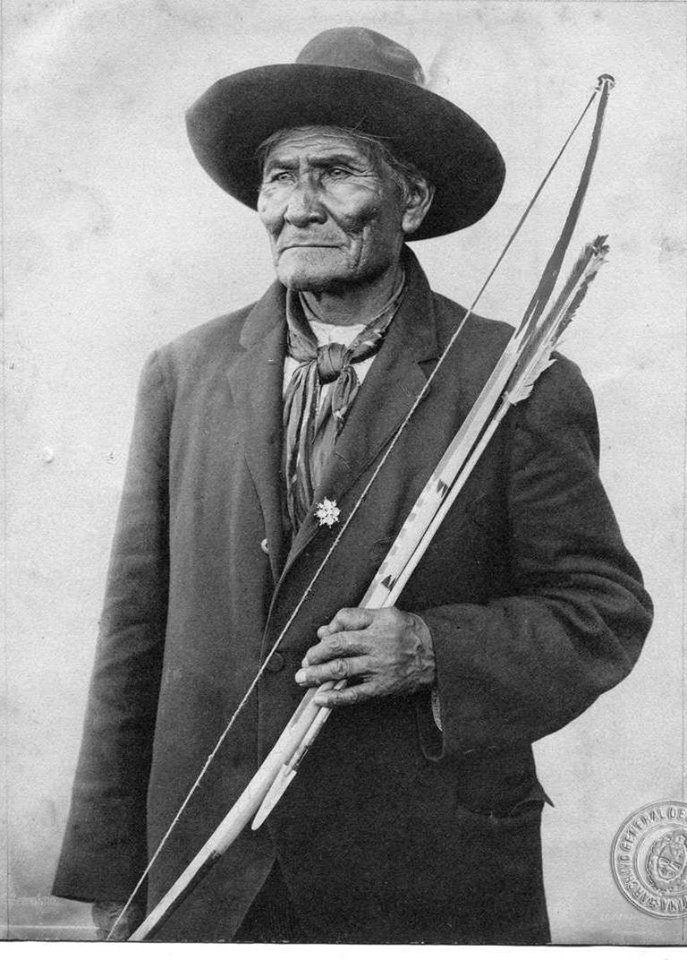 Geronimo (Mescalero-Chiricahua: Goyaałé Athabaskan pronunciation:[kòjàːɬɛ́] “the one who yawns”, June 16, 1829– February 17, 1909) was a prominent leader and medicine man from the Bedonkohe band of the Apache tribe. From 1850 to 1886, Geronimo joined with members of three other Chiricahua Apache bands—the Tchihende, the Tsokanende and the Nednhi—to carry out numerous raids, as well as fight against Mexican and U.S. military campaigns in the northern Mexico states of Chihuahua and Sonora and in the southwestern American territories of New Mexico and Arizona. Geronimo’s raids and related combat actions were a part of the prolonged period of the Apache–United States conflict, which started with American settlement in Apache lands following the end of the war with Mexico in 1848.

I cannot think that we are useless or God would not have created us. There is one God looking down on us all. We are all the children of one God. The sun, the darkness, the winds are all listening to what we have to say.

The soldiers never explained to the government when an Indian was wronged, but reported the misdeeds of the Indians.

Geronimo quote : I cannot think that …

Geronimo quote : I cannot think that …