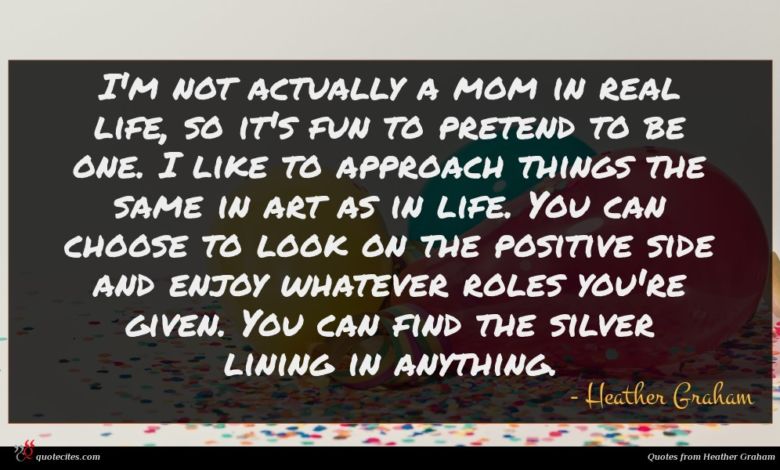 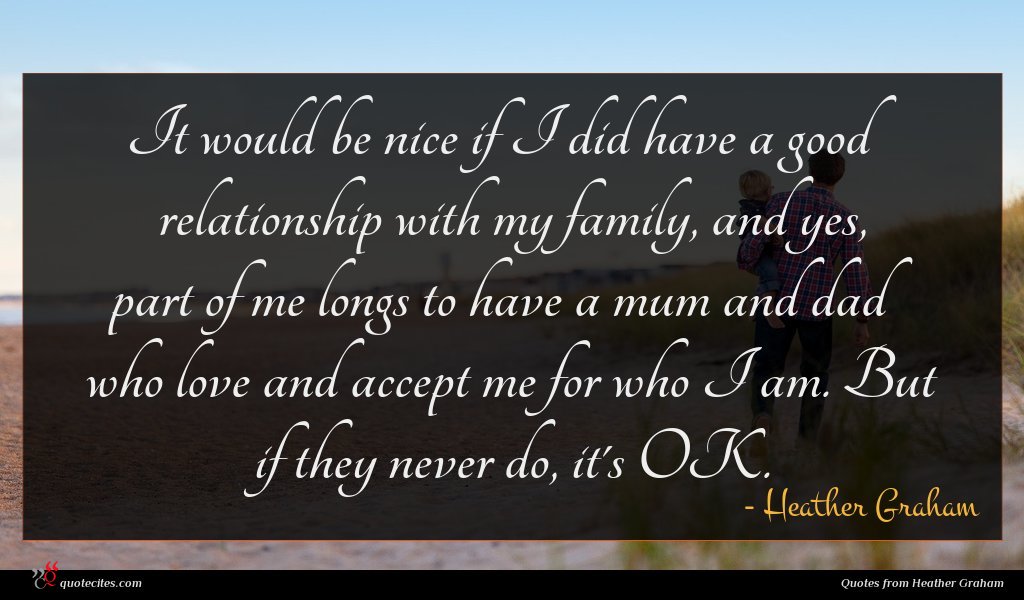 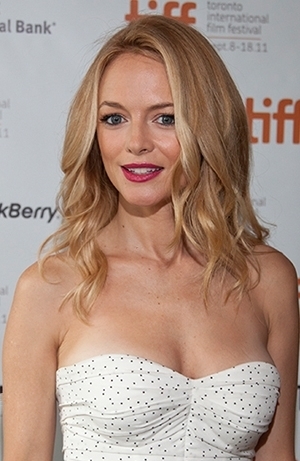 Heather Joan Graham (born January 29, 1970) is an American actress, director, and writer. After appearing in television commercials, her first starring role in a feature film came with the teen comedy License to Drive (1988), followed by the critically acclaimed film Drugstore Cowboy (1989), which gained her initial industry notice. She then played supporting roles in films such as Shout (1991), Diggstown (1992), Six Degrees of Separation (1993), Swingers (1996) and on the television series Twin Peaks (1991) and its prequel film Fire Walk with Me (1992), before gaining critical praise for the film Boogie Nights (1997). In 1999, she co-starred in Bowfinger and Austin Powers: The Spy Who Shagged Me.

I'm not actually a mom in real life, so it's fun to pretend to be one. I like to approach things the same in art as in life. You can choose to look on the positive side and enjoy whatever roles you're given. You can find the silver lining in anything.

It would be nice if I did have a good relationship with my family, and yes, part of me longs to have a mum and dad who love and accept me for who I am. But if they never do, it's OK. 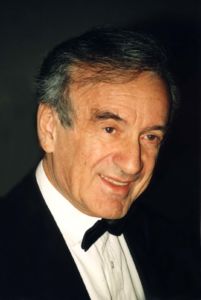 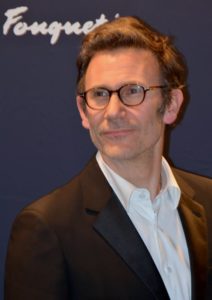 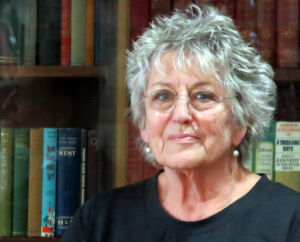 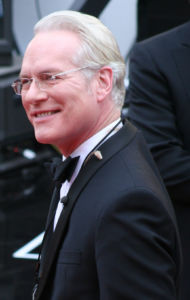 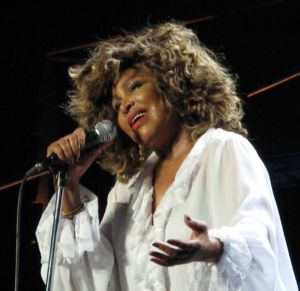 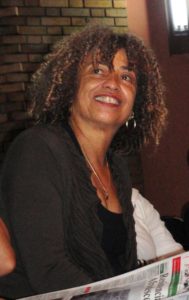 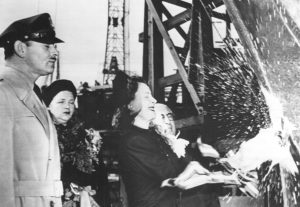 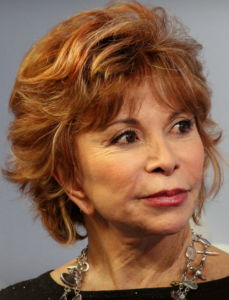 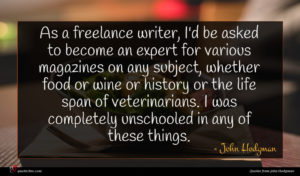