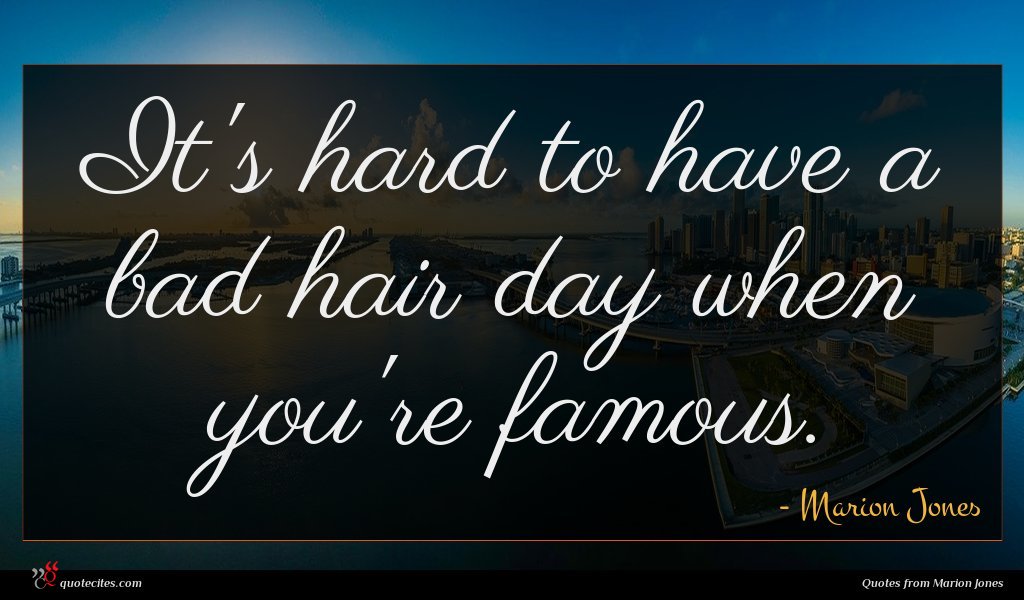 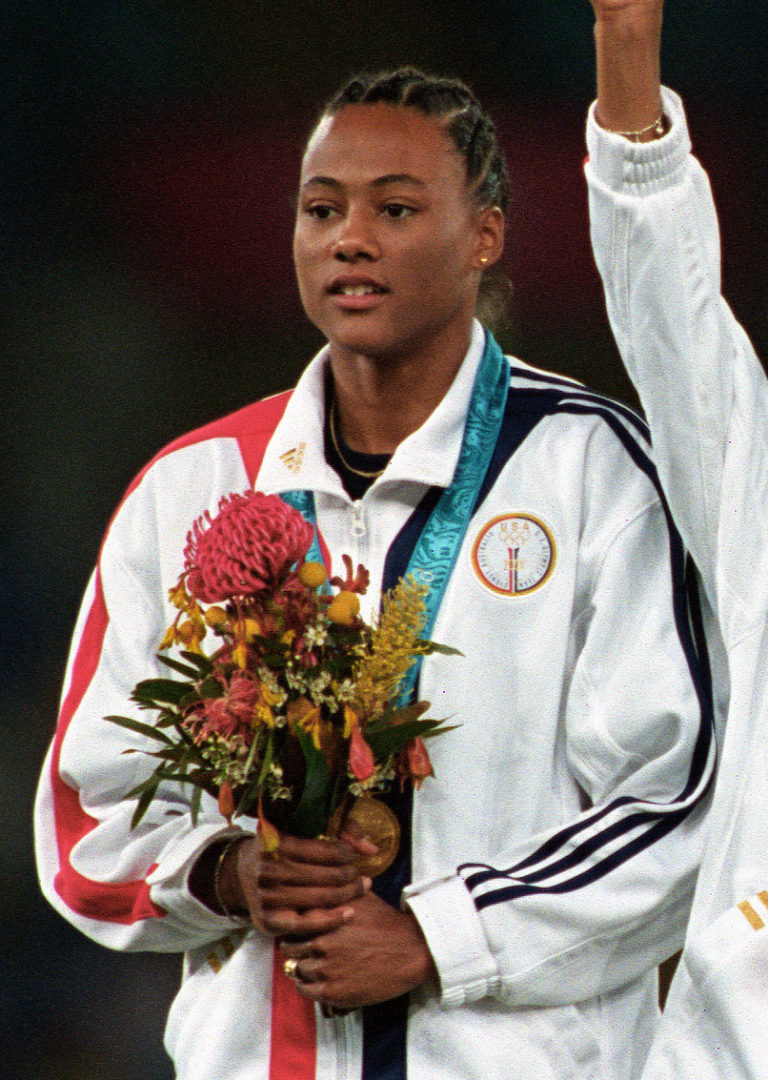 Marion Lois Jones (born October 12, 1975), also known as Marion Jones-Thompson, is a Belizean-American former world champion track and field athlete and a former professional basketball player for Tulsa Shock in the WNBA. She won three gold medals and two bronze medals at the 2000 Summer Olympics in Sydney, Australia, but was later stripped of her medals after admitting to steroid use. Jones did retain her 3 titles as world champion from 1997–1999.

It's hard to have a bad hair day when you're famous. 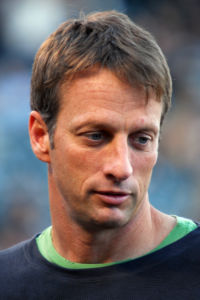 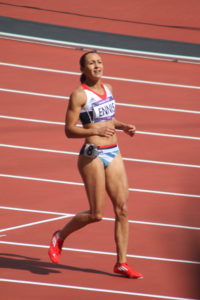 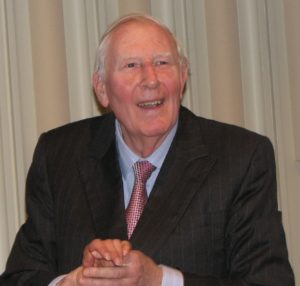 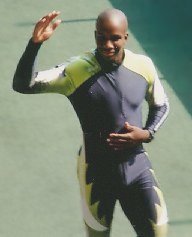 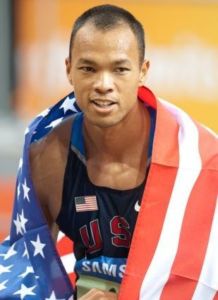 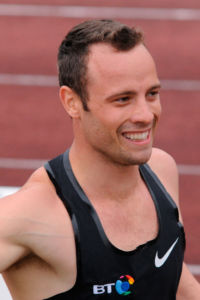 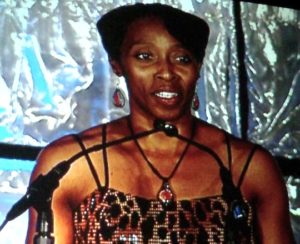 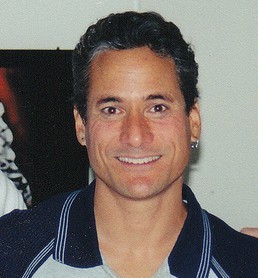