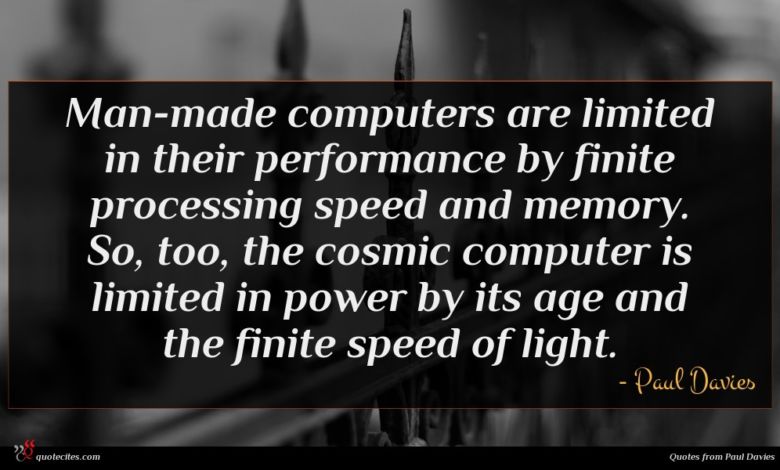 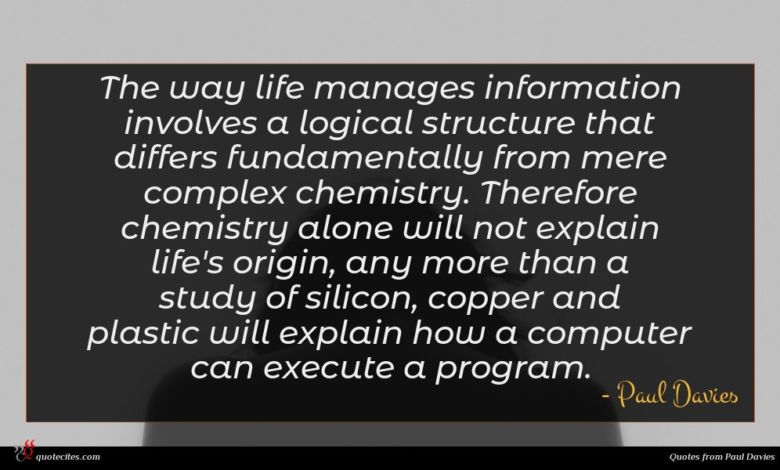 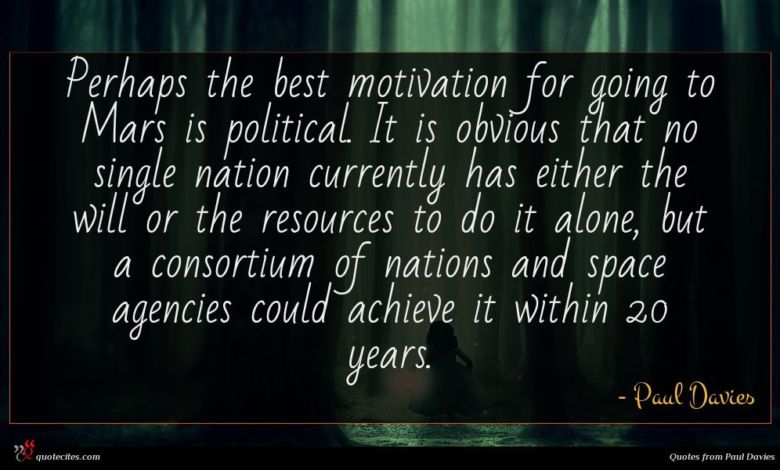 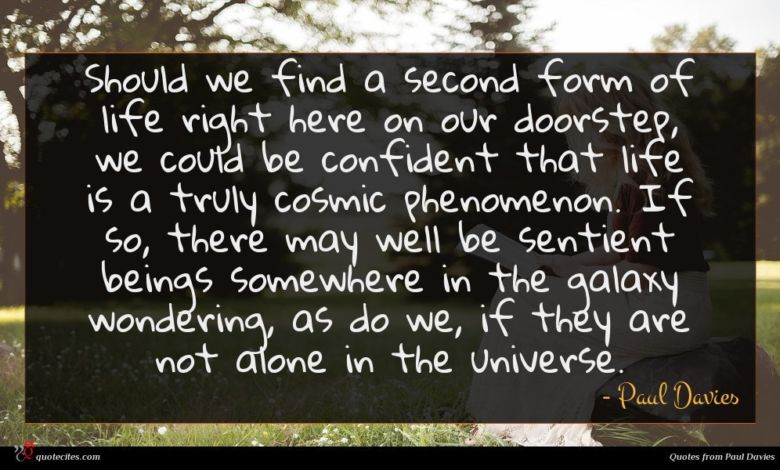 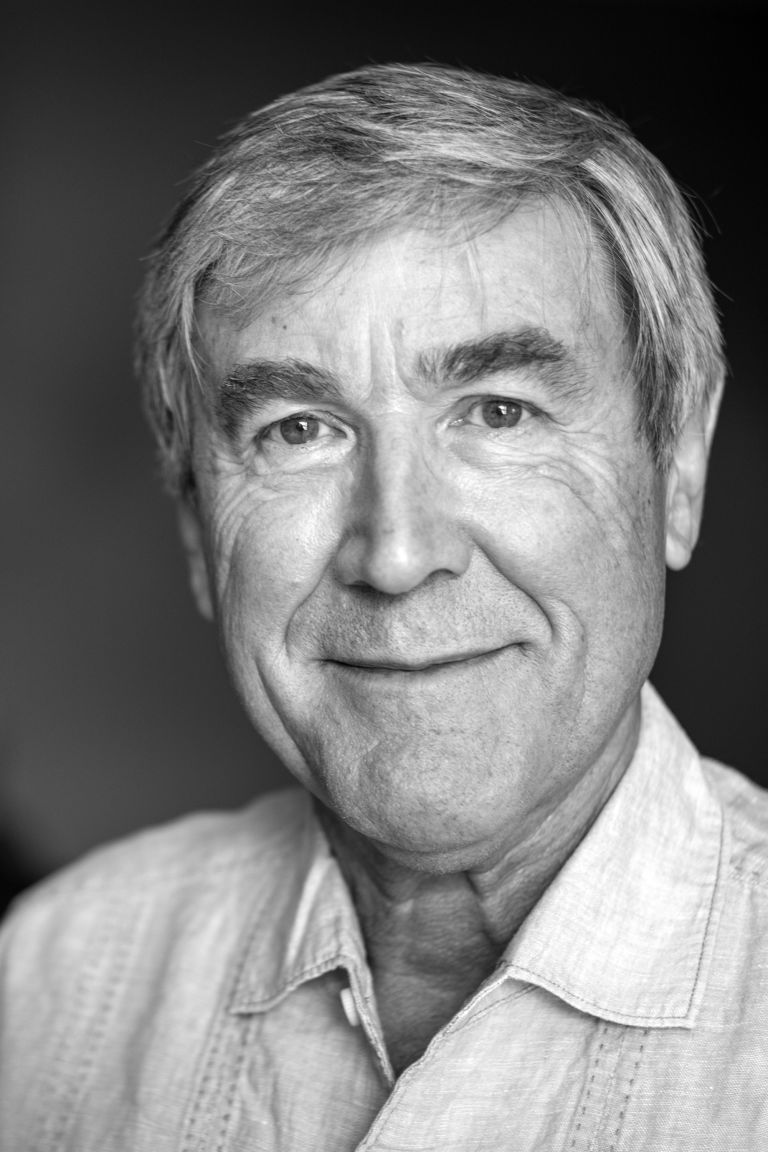 Paul Charles William Davies AM (born 22 April 1946) is an English physicist, writer and broadcaster, a professor at Arizona State University as well as the Director of BEYOND: Center for Fundamental Concepts in Science. He is affiliated with the Institute for Quantum Studies at Chapman University in California. He has held previous academic appointments at the University of Cambridge, University College London, University of Newcastle upon Tyne, University of Adelaide and Macquarie University. His research interests are in the fields of cosmology, quantum field theory, and astrobiology. He proposed that a one-way trip to Mars could be a viable option.

Man-made computers are limited in their performance by finite processing speed and memory. So, too, the cosmic computer is limited in power by its age and the finite speed of light.

The way life manages information involves a logical structure that differs fundamentally from mere complex chemistry. Therefore chemistry alone will not explain life's origin, any more than a study of silicon, copper and plastic will explain how a computer can execute a program.

Perhaps the best motivation for going to Mars is political. It is obvious that no single nation currently has either the will or the resources to do it alone, but a consortium of nations and space agencies could achieve it within 20 years.

Should we find a second form of life right here on our doorstep, we could be confident that life is a truly cosmic phenomenon. If so, there may well be sentient beings somewhere in the galaxy wondering, as do we, if they are not alone in the universe.

Science, we are repeatedly told, is the most reliable form of knowledge about the world because it is based on testable hypotheses. Religion, by contrast, is based on faith. The term 'doubting Thomas' well illustrates the difference.

We will never fully explain the world by appealing to something outside it that must simply be accepted on faith, be it an unexplained God or an unexplained set of mathematical laws.

Clearly, some creative thinking is badly needed if humans are to have a future beyond Earth. Returning to the Moon may be worthy and attainable, but it fails to capture the public's imagination. What does get people excited is the prospect of a mission to Mars. 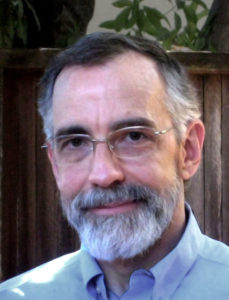 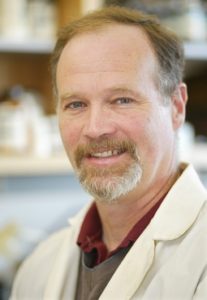 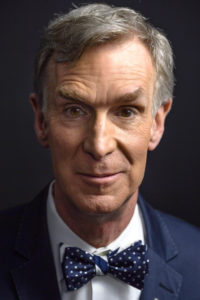 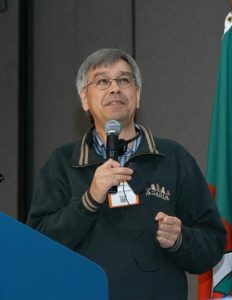 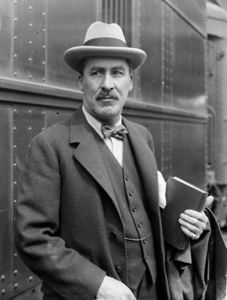 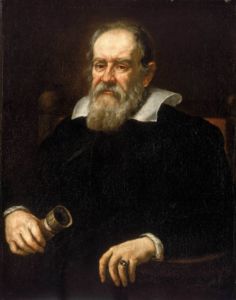 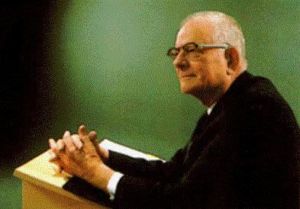