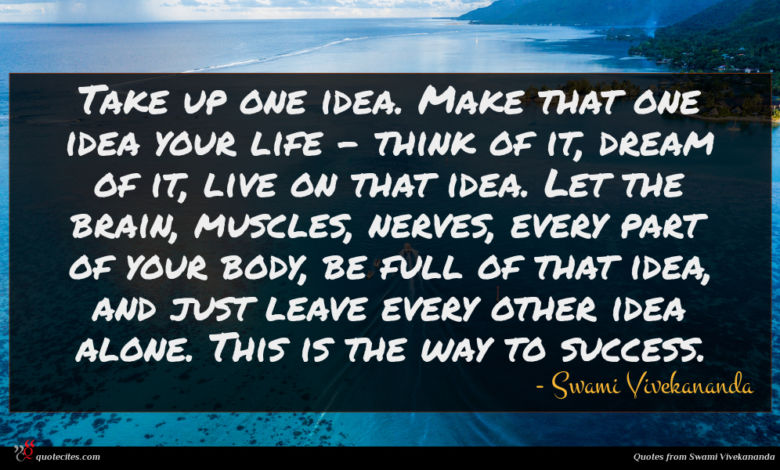 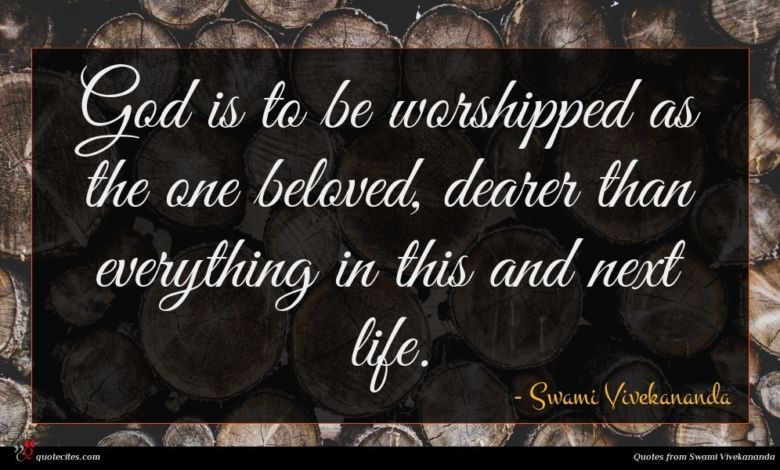 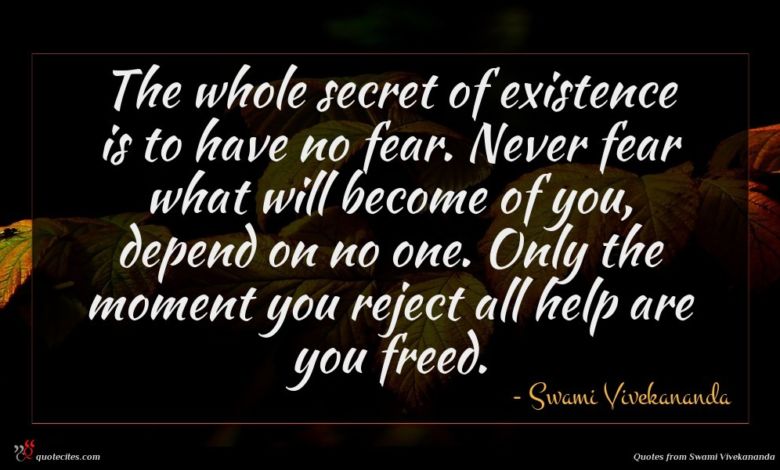 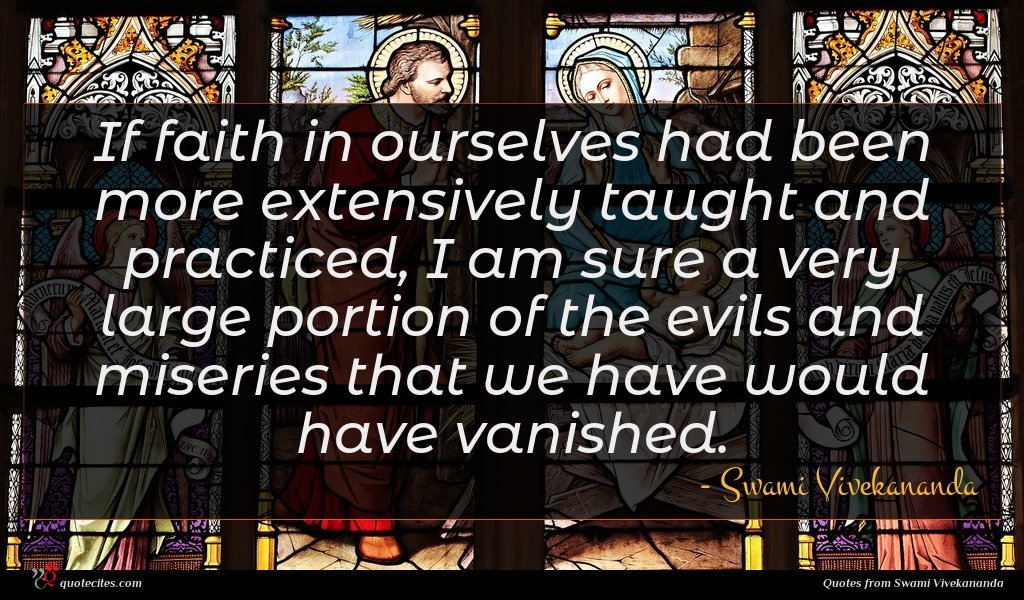 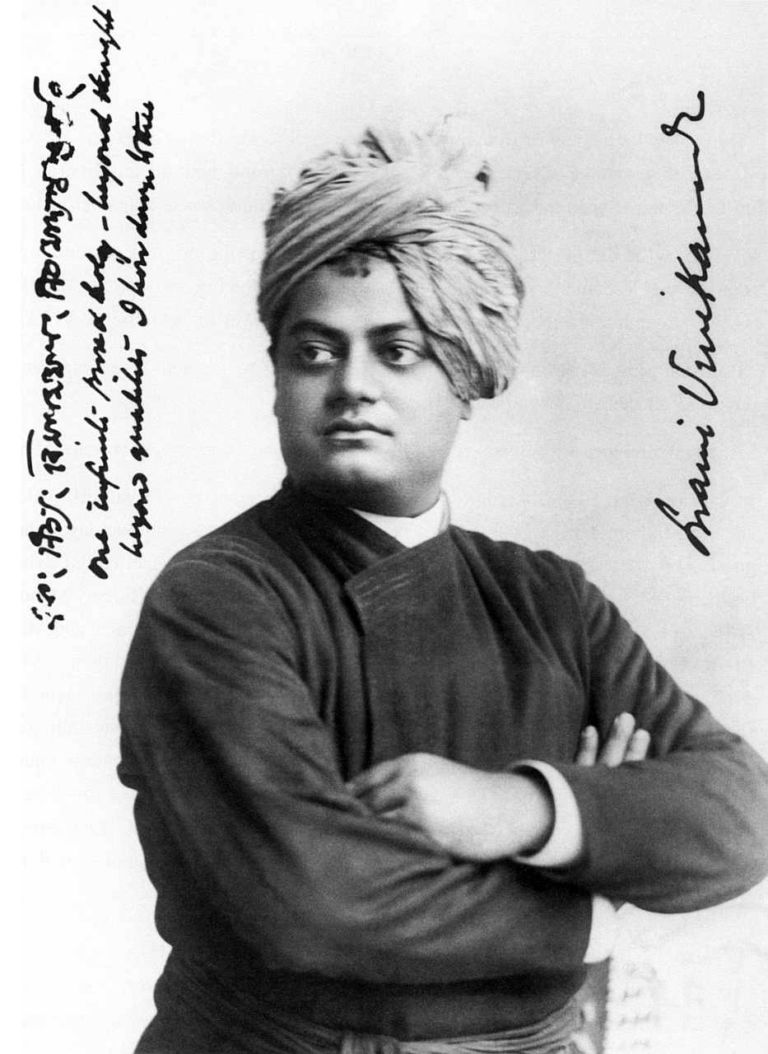 Swami Vivekananda (Bengali:[ʃami bibekanɔndo] listen); 12 January 1863 – 4 July 1902), born Narendranath Datta (Bengali:[nɔrendronatʰ dɔto]), was an Indian Hindu monk, a chief disciple of the 19th-century Indian mystic Ramakrishna. He was a key figure in the introduction of the Indian philosophies of Vedanta and Yoga to the Western world and is credited with raising interfaith awareness, bringing Hinduism to the status of a major world religion during the late 19th century. He was a major force in the revival of Hinduism in India, and contributed to the concept of Indian nationalism as a tool of fight against the British empire in colonial India. Vivekananda founded the Ramakrishna Math and the Ramakrishna Mission. He is perhaps best known for his speech which began with the words – “Sisters and brothers of America…,” in which he introduced Hinduism at the Parliament of the World’s Religions in Chicago in 1893.

Take up one idea. Make that one idea your life - think of it, dream of it, live on that idea. Let the brain, muscles, nerves, every part of your body, be full of that idea, and just leave every other idea alone. This is the way to success.

God is to be worshipped as the one beloved, dearer than everything in this and next life.

The whole secret of existence is to have no fear. Never fear what will become of you, depend on no one. Only the moment you reject all help are you freed.

If faith in ourselves had been more extensively taught and practiced, I am sure a very large portion of the evils and miseries that we have would have vanished.

The moment I have realized God sitting in the temple of every human body, the moment I stand in reverence before every human being and see God in him - that moment I am free from bondage, everything that binds vanishes, and I am free.

The more we come out and do good to others, the more our hearts will be purified, and God will be in them.

Where can we go to find God if we cannot see Him in our own hearts and in every living being.

As different streams having different sources all mingle their waters in the sea, so different tendencies, various though they appear, crooked or straight, all lead to God.

If money help a man to do good to others, it is of some value but if not, it is simply a mass of evil, and the sooner it is got rid of, the better.

The world is the great gymnasium where we come to make ourselves strong. 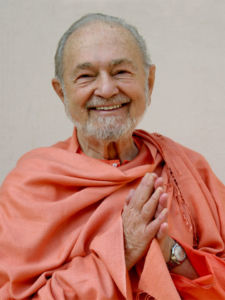 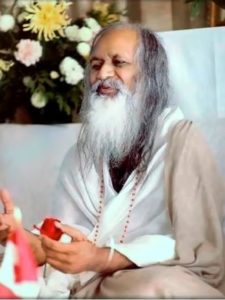 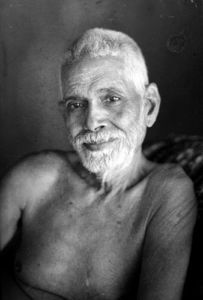 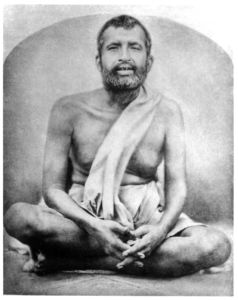 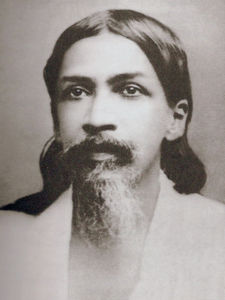 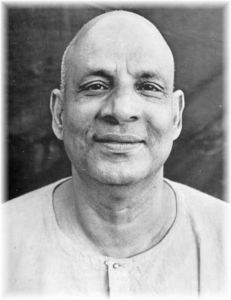 Swami Vivekananda quote : God is to be …

Swami Vivekananda quote : God is to be … 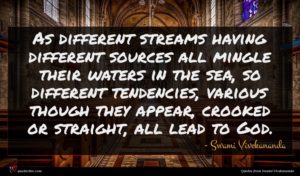 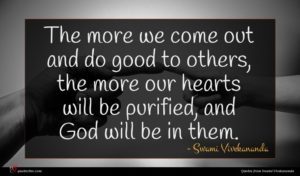