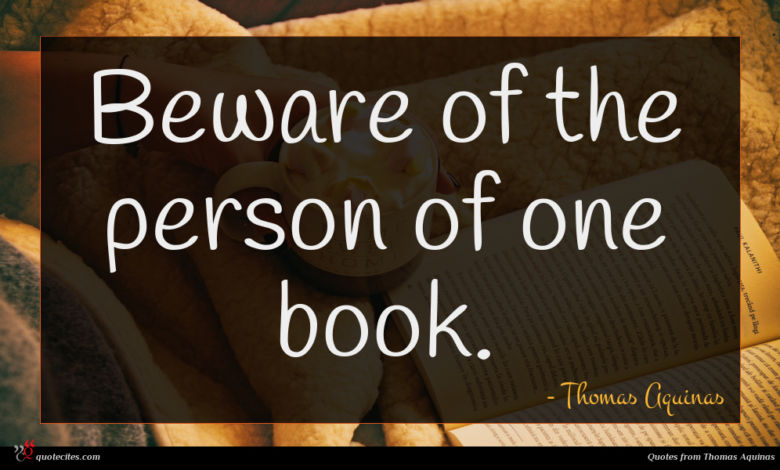 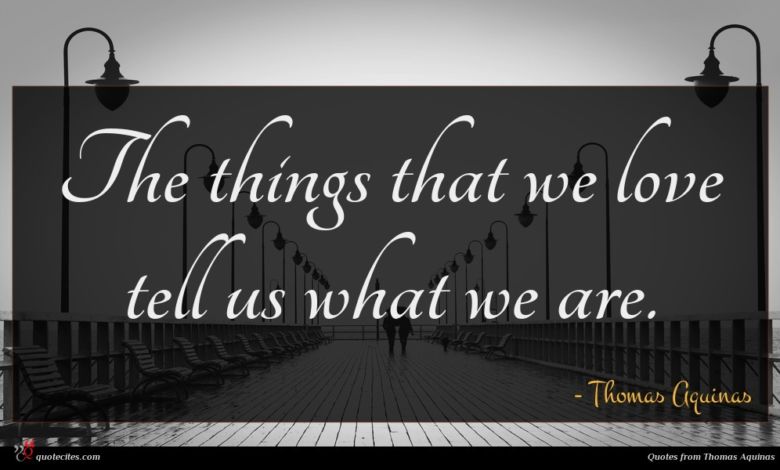 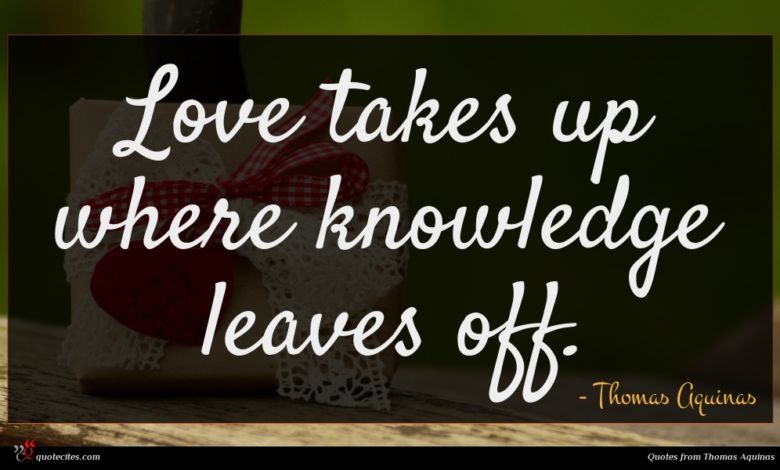 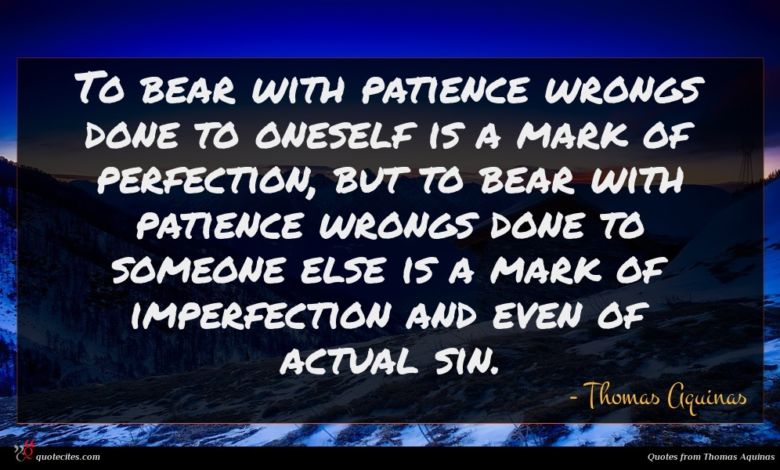 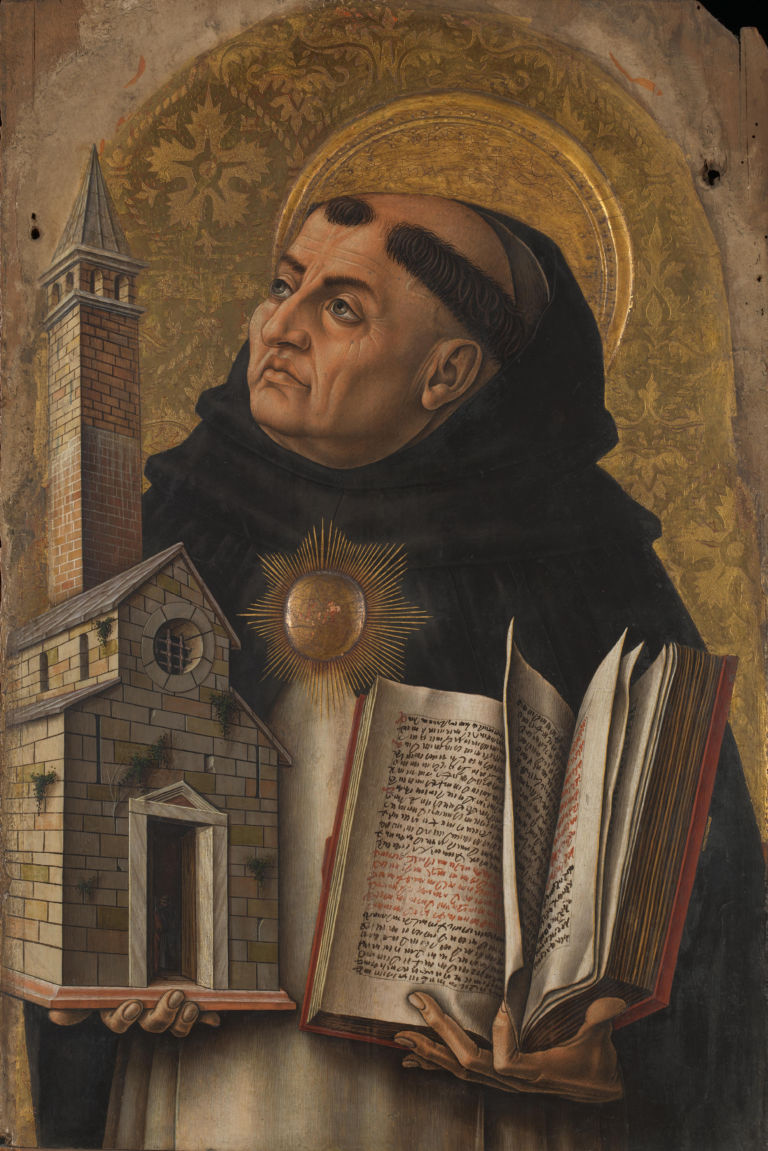 Thomas Aquinas (/əˈkwaɪnəs/; Italian: Tommaso d’Aquino, lit.‘Thomas of Aquino’; 1225 – 7 March 1274) was an Italian Dominican friar, philosopher, Catholic priest, and Doctor of the Church. An immensely influential philosopher, theologian, and jurist in the tradition of scholasticism, he is also known within the latter as the Doctor Angelicus and the Doctor Communis. The name Aquinas identifies his ancestral origins in the county of Aquino in present-day Lazio, Italy. He was the foremost classical proponent of natural theology and the father of Thomism; of which he argued that reason is found in God. His influence on Western thought is considerable, and much of modern philosophy developed or opposed his ideas, particularly in the areas of ethics, natural law, metaphysics, and political theory.

Beware of the person of one book.

The things that we love tell us what we are.

Love takes up where knowledge leaves off.

The principal act of courage is to endure and withstand dangers doggedly rather than to attack them.

If forgers and malefactors are put to death by the secular power, there is much more reason for excommunicating and even putting to death one convicted of heresy.

The truth of our faith becomes a matter of ridicule among the infidels if any Catholic, not gifted with the necessary scientific learning, presents as dogma what scientific scrutiny shows to be false.

Hold firmly that our faith is identical with that of the ancients. Deny this, and you dissolve the unity of the Church.

There is nothing on this earth more to be prized than true friendship.

Friendship is the source of the greatest pleasures, and without friends even the most agreeable pursuits become tedious.

Moral science is better occupied when treating of friendship than of justice.

How can we live in harmony? First we need to know we are all madly in love with the same God.

That the saints may enjoy their beatitude and the grace of God more abundantly they are permitted to see the punishment of the damned in hell.

Sorrow can be alleviated by good sleep, a bath and a glass of wine.

Happiness is secured through virtue it is a good attained by man's own will. 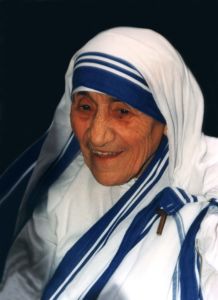 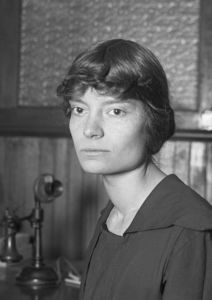 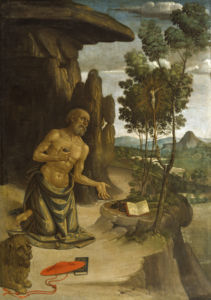 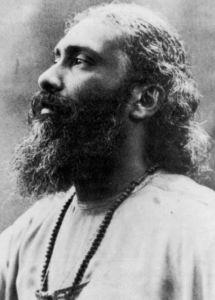 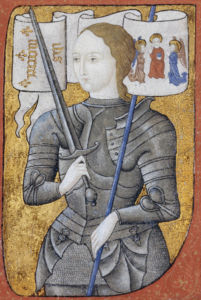 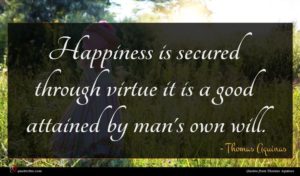 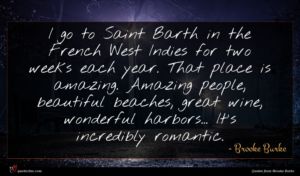 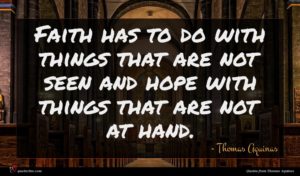 Thomas Aquinas quote : Faith has to do …