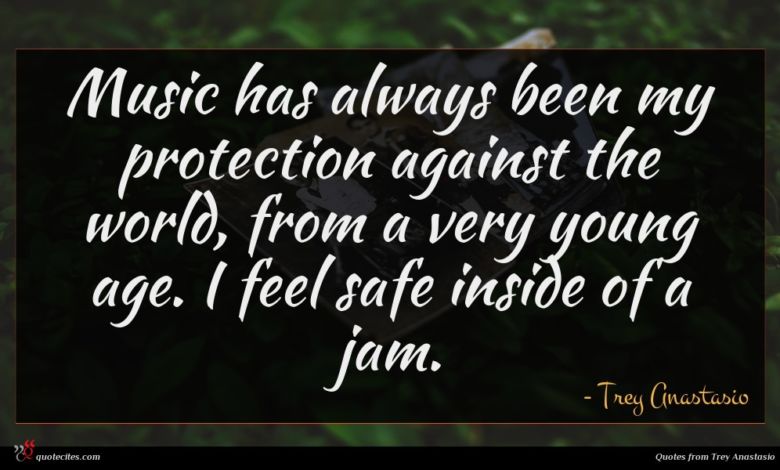 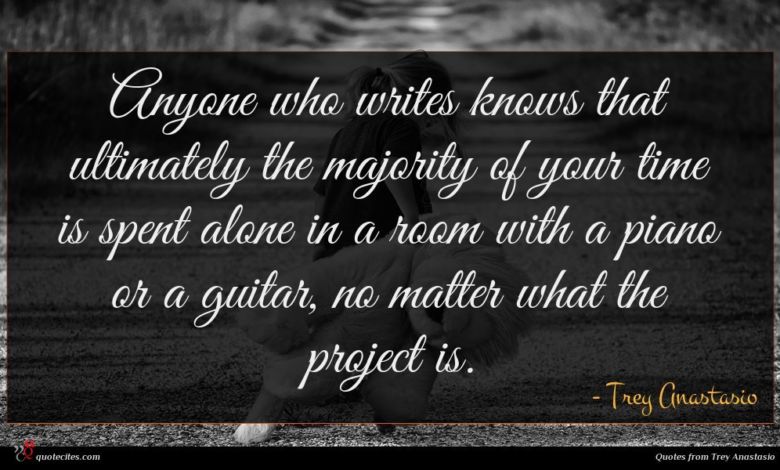 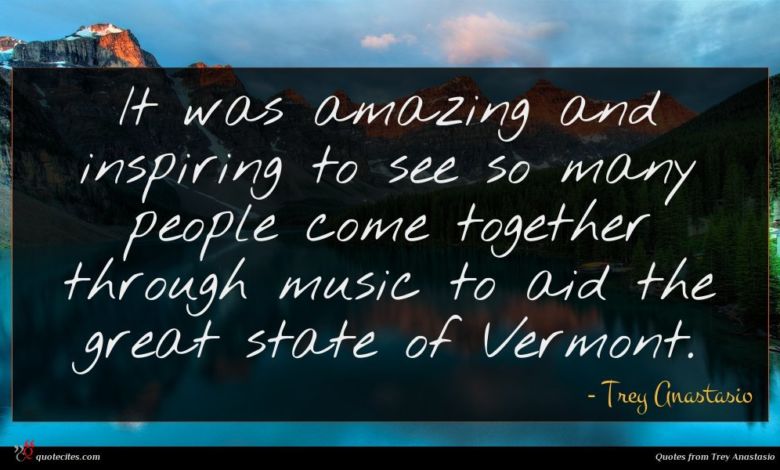 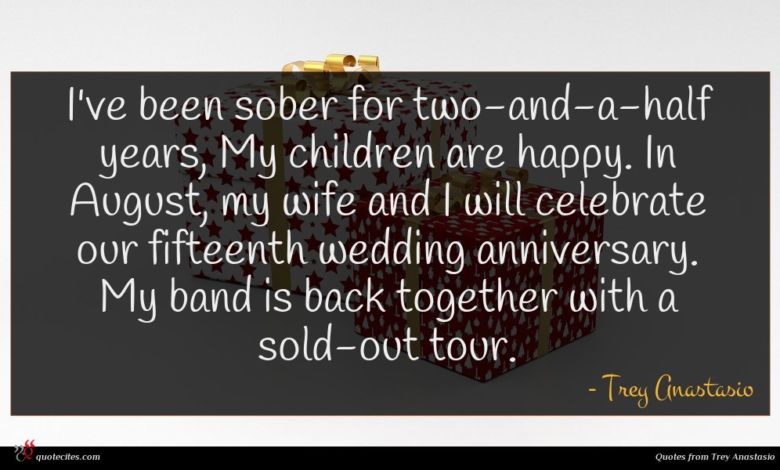 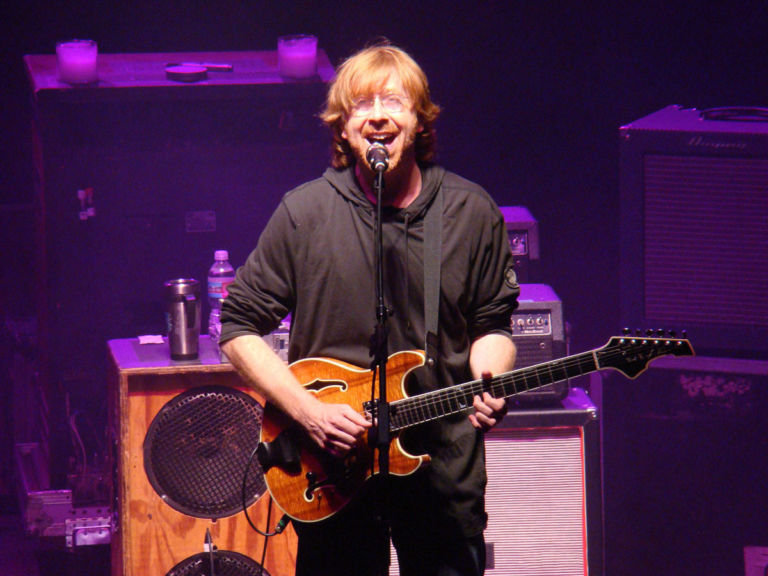 Ernest Joseph “Trey” Anastasio III (/ˌɑːnəˈsteɪzioʊ/, born September 30, 1964) is an American guitarist, singer, songwriter, and composer best known as the lead vocalist of the rock band Phish, which he co-founded in 1983. He is credited by name as composer of 152 Phish original songs, 141 of them as a solo credit, in addition to 41 credits attributed to the band as a whole.

Music has always been my protection against the world, from a very young age. I feel safe inside of a jam.

Anyone who writes knows that ultimately the majority of your time is spent alone in a room with a piano or a guitar, no matter what the project is.

It was amazing and inspiring to see so many people come together through music to aid the great state of Vermont.

I've been sober for two-and-a-half years, My children are happy. In August, my wife and I will celebrate our fifteenth wedding anniversary. My band is back together with a sold-out tour.

The band feels loose in all the right ways, and it's just so cool looking out and seeing all of these people that I haven't seen in a while.

Things have gone beyond my wildest expectations and dreams, and I feel like I've been given so many blessings in my life, between my friendship with the guys in the band, our wonderful audience, being able to play this music, and then my family.

I've always loved the experience of working together with other people toward an artistic goal. 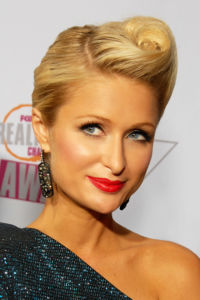 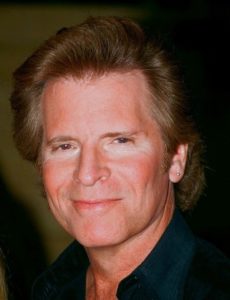 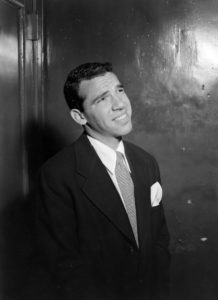 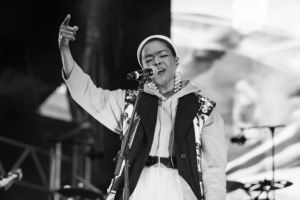 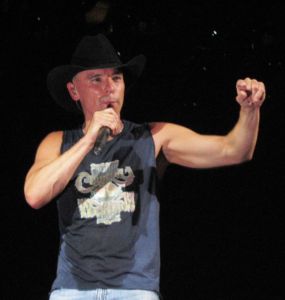